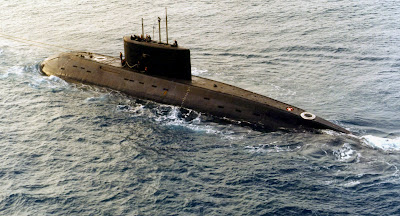 I remember a Russian sub once that was a concern to me and the everyone on the destroyer that discovered the sub. Rumor has it this sub after being discovered by our surface vessel, just blinked off the sonar screen. This is the uncanny ability of the Project 636 Varshavyanka submarine (NATO – Improved Kilo) it can just disappear from sonar and seemingly the whole ocean and is a attribute that unnerves ocean going military vessels to this day.

Project 636, is called “The Black Hole” by the US Navy for its talent to just disappear when being tracked. It is one of the quietest diesel-electric submarines in the world. It has Anechoic (produces no echo) tiles which are fitted on the sub in such a way absorb the sonar sound waves of an active sonar. This which results in a huge reduction and even distorts the return signal to father cause confusion. These tiles also help reduce sounds range that are emitted from within and without the submarine, thus reducing the ability by which the sub may be detected by any passive sonar.

My only experience with this sub was during a hitchhiking ride to a predetermined destination on a destroyer in the ocean. While enjoying life as a visiting Army personnel (Means that I could have a little RnR), a Kilo class sub was spotted. It was rumored to have just vanished from sonar and nothing was seen or heard for over a half hour. About 40 minutes later after disappearing from earth, the Kilo was on the surface and following us at a far distance. I remember looking through binoculars and seeing the men on the sail , fin or conning tower! I use conning tower but am told that is no longer used.