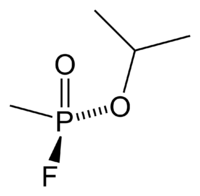 The Russian ambassador to the United Nations says that firsthand evidence shows that militants, and not the Syrian army, have manufactured sarin nerve gas and used it during an attack near the city of Aleppo in March.

On Tuesday, Ambassador ‪‎Vitaly‬ Churkin said that Russian experts collected samples at the site of the attack in the region of Khan al-Assal, where over two dozen people, including 16 Syrian troops, died on March 19.

The samples were examined at a laboratory in Russia which is certified by the Organization for the Prohibition of Chemical Weapons (OPCW), and the results of the analysis prove that a missile fired by the militants was filled with sarin, he stated.

“The results of the analysis clearly indicate that the ordnance used in Khan al-Assal was not industrially manufactured and was filled with sarin… The projectile involved is not a standard one for chemical use. Hexogen, utilized as an opening charge, is not utilized in standard ammunition. Therefore, there is every reason to believe that it was armed opposition fighters who used the chemical weapons in Khan al-Assal,” Churkin said.

He went on to say that he had also delivered the evidence to UN Secretary General Ban Ki-moon.

Britain, France, and the United States have accused the Syrian government of using chemical weapons. Damascus has denied the charges, saying it was actually the militants who used chemical weapons on several occasions.

On June 13, US Deputy National Security Adviser Ben Rhodes claimed in a White House statement that the Syrian government “has used chemical weapons, including the nerve agent sarin, on a small scale” against the foreign-backed militants “multiple times in the last year.”

In response, the Syrian Foreign Ministry said, “The White House published a statement full of lies about the use of chemical weapons in Syria, based on fabricated information, through which it is trying to hold the Syrian government responsible for such use.”

On June 15, Russian Foreign Minister Sergei Lavrov said the materials collected by the Obama administration allegedly proving that Syrian troops used chemical weapons would not meet the requirements of the Hague-based OPCW.

The Syria crisis began in mid-March 2011. Many people, including large numbers of security personnel, have been killed in the violence, and several international human rights organizations say the foreign-sponsored militants have committed war crimes.

The Syrian government says the chaos is being orchestrated from outside the country, and there are reports that a very large number of the militants are foreign nationals.