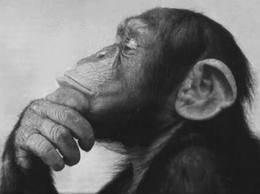 Right now while you sip that coffee and drink that orange juice for breakfast. While you eat that cream cheese covered bagel or that banana. There are fierce battles going on in Libya. Battles for the heart of Libya and the West is helping. The West has intervened in something that we will pay for many many years down the road…

I ask myself: Why are the Libyans fighting so hard against a Western backed war, if they really wanted it? Why are we killing civilians left and right?  Why are the people in Sirte and Bani Walid fighting so hard? Why since the Rebels are now the dominate force are they still killing people everyday? Why are we allowing the rebels to kill anyone at this point? Why are we not enforcing the UN mandate to protect civilians? We say it is over, yet now NATO will be there in Libya another 3 months at least. Why are we there at all?

Sirte and Bani Walid have not given up. You need to wonder and do some thinking about what we are doing in Libya. Do these people deserve any less consideration for their feelings about Libya than anyone else?

But we are proud to be killing Sirte and Bani Walid, two tough Libyan cities with a different idea of what is right and wrong…

Do you realize that this war is on the downward side of a year now?

Moscow: In Libya, where NATO-backed NTC forces are attempting to wipe out the last remaining pro-Gaddafi strongholds, civilians are still being killed but normally-vocal countries backing a UN resolution to protect them have gone strangely quiet.

British Prime Minister David Cameron and French President Nicolas Sarkozy paid a visit this week to survey their handiwork. The first heads of state to visit Tripoli since the city fell to rebel forces say their countries’ work in spearheading the NATO intervention is not yet done.

“We must keep on with the NATO mission until civilians are all protected and until this work is finished,” David Cameron told a joint news conference in Tripoli.

He is right: civilians are still being killed. But now that Gaddafi is virtually powerless, the people increasingly doing the killing are National Transitional Council forces, together with NATO, as they attack Bani Walid and other Gaddafi strongholds.

On that, Cameron and Sarkozy are silent.

“To paraphrase George Orwell in ‘Animal Farm,’ some civilians are more equal than others,” remarks John Laughland from the Institute of Democracy and Cooperation.