Skip to the content
Mother in Adoption Scandal Was Trying for Second Child: 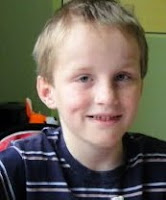 The Tennessee mother who horrified the adoption community when she put her 7-year-old son on a plane back to Russia was in the process of trying to adopt a second child.

Tennessee woman returns 7-year-old boy, claiming he has mental problems.Torry Hansen had turned to a second adoption agency to bring home a child from the Soviet Republic of Georgia, a source with the sheriff’s department told ABC News.

She switched adoption agencies after the agency that arranged the adoption of her first child, World Association for Children and Parents, urged her to wait before adopting again, the source said. The association advised Hansen it would be best to settle in with the boy before adding to her family, the source said.

A few months later, Hansen, of Shelbyville, Tenn., and her mother, Nancy Hansen put 7-year-old Artyem Savilev on a plane back to Moscow in hopes of having the boy’s adoption annulled.

In a letter pinned inside Artyem’s pocket, Hansen told Russian officials that he was violent, had psychiatric issues and that she no longer wanted to be his mother.

{Read Much More From ABC}