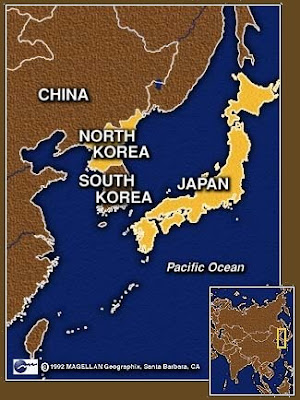 Have some coffee and sit a moment in Moscow, Russia. Lets talk about something very important that the Western press is trying to sideline.

While the world is mesmerized by the stupidity of the G20 fiasco. North Korea has deployed her fighter jets to defend against any attempts to shoot down its rocket, set to be launched in the coming days.

What is happening over on this side of the world is a countdown to war!

Japan, America and South Korea have flown at least 200 missions in the last few weeks with spy planes that North Korea has proven to have invaded their airspace.

North Korea’s official news agency warned that if Japan or America intercepts the rocket launch, expected between April 4 and 8, it will “consider this the start of Japan’s war of re-invasion more than six decades after the Second World War, and mercilessly destroy all its interceptor means and citadels with the most powerful military means.”

So what is happening?

First, America has multiples of warships waiting with missiles to shoot down the North Korean Rocket. Even though they have said in the small print “We really do not plan on shooting down their missile.” But America keeps bringing more warships into the area.

Second, Japan has warships and the whole country on alert to shoot down the Rocket with their missiles.

Third, North Korea is going to launch this rocket.

Fourth, North Korea is very close to shooting down one of these spy planes that keep invading their territory.

Fifth, Now the threats of sanctions are flying all over the place.

Sixth, No one will call it a rocket except Russia, North Korea and China. All others call it a missile. Seems the only missiles are surrounding North Korea right now.

Seventh, Russia and China have urged all countries to show restraint, and avoid actions that could escalate tensions in the region.

Eighth, North Korea will retaliate against Japan. North Korea knows that America is way over her head in wars already and anything that is started because of this conflict will be between Japan and North Korea. South Korea is so scared of North Korea that they would not lift a finger with out America ram rodding it.

Ninth, Japan seems to be contemplating the actions of war as as viable. Japan’s government has already passed the legislative that OK’s shooting down the Rocket of North Korea’s.

Tenth, Once again, North Korea will retaliate against Japan.

We have two countries that have very little to lose. Japan is in the worse financial shape that it has been in since the big war. North Korea already is treated like dirt by the international community. Then America has stuck her nose in so deep that she has set the stage to be the aggressor without any means to end it all. Sounds like the Georgia situation.

All Russia and China want is for all the game playing to stop.

By the way – I think Japan would win, but not with out tremendous lose of life.

PS: The USA gives a report now that it really does look like a satellite from their surveillance photos! But they went on to say that they will shoot it down if they feel like anything is wrong. Kinda neat – America can shoot the rocket down and Japan gets real missiles shot at it.