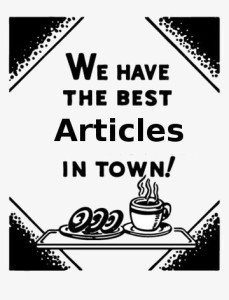 A review of internal emails from 2011 provides an example of the bent ethics and professionalism that was so common in the US Army’s Human Terrain System (HTS) and scores of other US military programs; for example, the US Army Center for Substance Abuse Programs.

HTS attempted to embed anthropologists and other social scientists from academia within US military units roaming the human terrain of Iraq and Afghanistan. The thinking was that qualified social scientists would be able to interpret cultural practices, develop network/relationship diagrams and provide US military commanders with data that would subsequently be used by those commanders to understand the strength/weaknesses of the populace they were trying to conquer. In short, if a US commander determined that anything the HTS produced was useful, that data would find its way into the Kill Chain. From the beginning HTS was an intelligence support program funded through US Army intelligence line items. The program caused more controversy than usable work product and some measure of wealth for BAE Systems (UK) and CGI (Canada). $700 million was poured into the HTS trough for contractors and their employees. US Army Civil Affairs should have received the tasking.

Investigations during the 2008-2011 timeframe showed again and again that–with few bright spots– HTS was poorly managed from the highest levels of US Army TRADOC down to Human Terrain Teams in the field. Those reports from the US Army 101st Airborne, Center for Naval Analyses, and internal US Army documents can be found at Dr. Max Forte’s Zero Anthropology website. No other US Army program during the long decade of wars in Iraq/Afghanistan provided more tragedy and comedy than the US Army’s HTS. At least 12 Americans were KIA or wounded (soldiers providing support to the HTS mission) during the life of the disheveled program. Consider: there was a hostage situation; individuals were hired without adequate criminal background checks; a former HTS member sits in a prison in Iran (he was seen by other HTS personnel in a predominantly Iranian refugee camp); sexual harassment was common; charges of racism were leveled; millions of dollars of computer equipment went missing; hours listed on time cards did not match hours actually worked; a murder and suicide took place; two of the academics killed –so lionized by the US media—were warned about going beyond the wire on their fateful days; another academic that was killed ignored her training; rumors of prostitution rings and rapes were common though never reported; and the senior program manager and social scientist were alleged to have taken junkets and to have been in a relationship that could have been detrimental to the morale of the program.

Harvard and Princeton: Send in the Clowns

If this $700 million dollar program is the norm in the wartime US military contracting world then it’s no wonder that the USA continues to fall short of comprehensive victory. It should be remembered that HTS was primarily the creation of two Harvard affiliates: Dr. Montgomery McFate and Dr. David Petraeus. They pushed a feel-good counter insurgency doctrine without understanding that COIN, in the end, is a blade-to-blade exercise. Americans do not have the stomach for long term, ugly warfare. And as Colonel Gian Gentile points out in his book Wrong Turn, COIN doctrine for Iraq and Afghanistan–based on the British experience in Malaya–was doomed to fail as the circumstances in Malaya were entirely different. And Ann Jones in her book They Were Soldiers notes that COIN doctrine (that sees soldiers constantly patrolling by foot) was nearly insane in Afghanistan as the country is one of the most heavily mined landscapes on the planet in which farmers and children still lose life and limb to mines used by the USSR and the USA.

HTS’ performance is a damning indictment of American political, military, and academic and business practice/leadership as a whole. And it is a mirror into which Americans should look to see how government/business, academia/media actually function. The US Army program serves as an example of what is wrong with America today: self-interest above cooperation; empty souls in search of validation/purpose; “get mine” mentality; political dysfunction and lies; human beings as fungible human capital; and waste, fraud and abuse.

In the end HTS matters because human beings, Americans, were needlessly destroyed either totally or partially. That sentiment can legitimately be applied to the entire US war effort in Afghanistan and Iraq. The political and military leadership literally got away with murder and highway robbery. Just look around: people getting reelected and richer while austerity pummels the majority of the populace; many wanting war with Iran, China and Russia; and those who put self/institution before country.

Emails from 2011 indicate that “JD signed the packet to drop MW from the HTS course but for some strange reason and for the first time SH [the program manager] personally interfered and blocked her dismissal. Rumor control took over… JD also wanted to stop the incriminating email traffic. TN and DM made up records for MW to make it appear that she made up all the missed assignments. Because of the uproar by BAE employees over this one incident the plan to get rid of all of them was accelerated. TN and DM were kept in the program and everyone else involved was released.

SH tried to make it appear that she had nothing to do with the reclassification of MW. But emails reveal that from MW’s own admission she did not apply for the reclassification. Other Human Terrain Analysts were far better qualified and trained with previous experience overseas. They were all turned down and her entire class was released (fired) two days later. One person, HA, was turned down and immediately hired by CENTCOM as a Social Scientist. In a sworn statement, SH, who thought HA was a woman then claimed that it was CGI who turned him down. CGI did not get the contract until October. HA was turned down in June.

Why did CGI Federal skew their selection process so that they could legally deny redeployment of people SH and JD did not like, and create shortages for people they did like? JD claimed he was not involved in the selection of people chosen for the program by CGI Federal. But there are records of JD asking if there was any dirt on those recommended for redeployment. This was a privacy issue and it was dependent on idle gossip and rumors. It was unnecessary because the Defense Civilian Intelligence Personnel System evaluation was a written and official performance record from the supervisors. Soliciting negative information was a cover to deny redeployment of people SH and JD did not like. It was a violation of federally prohibited hiring practices.”

When did the Army Research Institute (ARI) decide to agree that what HTS was doing was operations research instead of human subject’s research? According to one observer “The HTS program got some cover from the ARI which is supposed to oversee all Army research programs, especially those involving human subjects. When the ARI representatives visited in early 2012, they didn’t have a clue what HTS did, or were involved in, so the HTS leadership pushed a narrative that they were involved in operations research and not human research. This was to get around international prohibitions on human subjects research without strict oversight and an elaborate, time-consuming approval process. The HTS mission statement, curriculum, and the products produced, along with the credentials of the people doing the field work, were seriously disjointed, but at the end of the day, if you even take a superficial look at the products generated by the HTS teams, you would note almost immediately that there is something very, very wrong, with paying that kind of money for these types of reports, and ethical considerations aside, soliciting any kind of information from indigenous peoples in hostile fire areas places their lives in immediate danger, or brings into question the usefulness or veracity of the data…. “

If US Army Says it Works, It Works

HTS is now part of the US Army’s Enduring Base. How it has survived through all the turmoil remains a mystery to many in the media and those affiliated with the program. Perhaps it is just a matter of the Big Lie working well. “HTS has survived a crucial funding obstacle. No one will want to admit at this time that they failed to properly audit or examine the products HTS produced for quality or duplication of effort. The Army Research Institute will claim that they are now satisfied that HTS is in compliance with laws, treaties and regulations on human subjects research. HTS can now use that declaration to claim that their operations research is useful. A new Commander, who disputes that statement, will be shunted into a logic-loop, of: ‘Well, if the program was not doing what it claimed to do the US Army would have gotten rid of it. HTS has been around for X years so if it isn’t working well maybe you aren’t employing a valuable resource correctly.’ No commander wants that statement on his evaluation report so he goes along to get along.”

“Gone but not forgotten,” goes one of the lines in Neil Young’s famed song. And so it goes for HTS. “Most of the people who were complicit have been rewarded and have moved on. You can’t put the smoke back into the bottle. JD is still there but he no longer communicates by emails and he is now in a position where he can drag everyone else down if they turn on him… CK is no longer at the Social Science Directorate… suspect you will see a growing number of HTS reports cleaned up and appearing in academic journals and articles. CK and several others were involved in spillage incidents but since they were not sanctioned or punished… they still have that information somewhere and will use it because they believe it belongs to them… A PhD Social Scientist in Afghanistan, according to his team members, was afraid to go outside of the wire and turned in mediocre to substandard products. He at least had the credentials but became miffed when SH and JD refused to fund his trip to a professional conference and TN used it as an excuse to plot to get rid of him fearing competition from him…”

Many within HTS tried to make it work, to report dysfunction, to actually do the research they thought the US Army needed. It became too much for some. “The more I think about what happened, the more I believe that I’m not crazy…that no one in HTS has produced a scintilla of verifiable evidence that the research generated by HTS in the last 4-5 years was useful in any capacity. The majority of the reports were ride-along reports where HTS members merely rode along in a vehicle and generated a report based on their observations. Any Civil Affairs Sergeant could have done the same thing. As for the original concept of reducing IED attacks by studying the people, that seems counter-intuitive. All the evidence shows that killing bomb makers and reducing the operational tempo–in those areas where IED attacks were common–is what reduced casualties by IED attacks.”