I will give you a few things that stand out easily…

Medvedev is standing on a platform by Apple Computer… (Hmm…)

Such as Medvedev has an empty sword sheaf… (Hmm…)

PS: Thanks to my Sweetie (Sveta) for finding this picture for me… 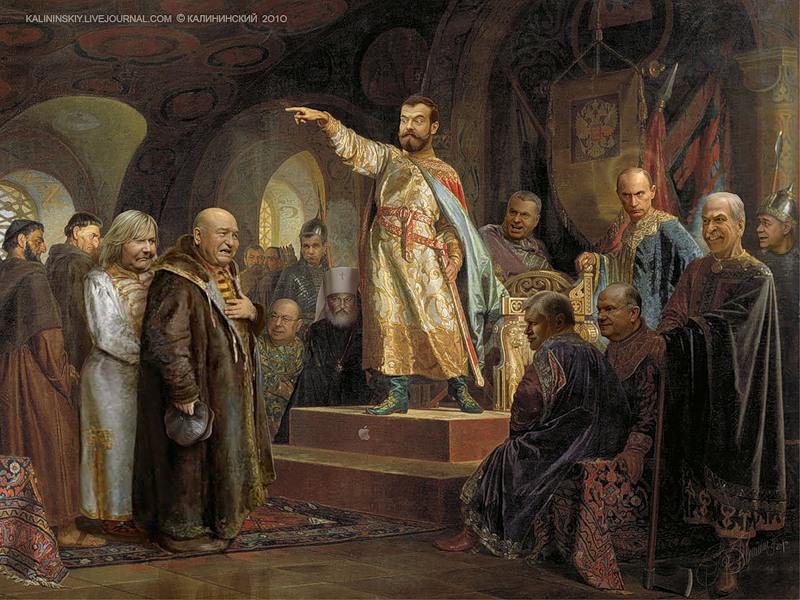