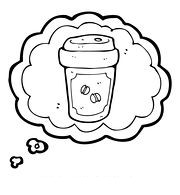 As always the truth comes out, but the method of delivery (MSM) is lacking for the truth when compared to the lies that propagate hate toward Russia…. So for the ones who want truth about the, “Russian doping scandals?”

These are the two cases…

Main site: dig it up yourself if you think I messed stuff up…

Nikolay Durmanov, the ex-chief of the Russian anti-doping agency says:

“This will change nothing,” said Nikolay Durmanov. “Yes we can enjoy some moral satisfaction, but in the eyes of the world Russian sport has been painted a rich black color, and there is nothing we can do to wash that reputational stain off this generation. This was an information war waged against us.”

How true it is!

PS: “Big fail for the West, but no one in the west is listening… (Rodchenkov’s Russian doping claims fail to stand up in court)” Therefore, no one is held accountable for the lies that were ensued from this fiasco in the first place…

That is the crux of the situation…