It takes a few days to sink in. 2018 is here and we are now counting down a new year….actually hard to get a grip on, for it seems that 2017 just started to me. It was a good year here in Russia and the Russian people moved forward far in life this last year…

According to the past:

1. We should be out of oil.
2. The ozone hole should have killed us all by now.
3. Y2K was the end of technology.
4. Religion televangelist Pat Robertson said, “I guarantee you by the end of 1982 there is going to be a judgment on the world,”.
5. Halley’s Comet, 1910 the end of times.
6. The upcoming ice age turned to a heat wave in propaganda.
7. Mass starvation the world over.
8. Pollution would end life way before now.
9. Nitrogen build up was inevitable.
10. Computers would never be a home and personal item.
11. TV and other media stuff would become boring and end in its usage.
12. Reading and such, would cause us to loose an eye and become cyclops.
13. Lots more was predicted.

But some things happened…

All I know is this:

We are able to do anything and everything, if we could just get over our stupidity. Nothing is beyond our reach as a species, but ignorance and self-contentedness keeps getting in the way all the time… 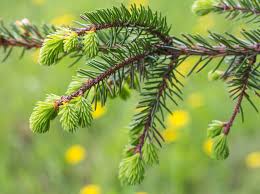 Will we grow out of it?

Can we keep from killing, suppressing and devaluing the tips of growth?