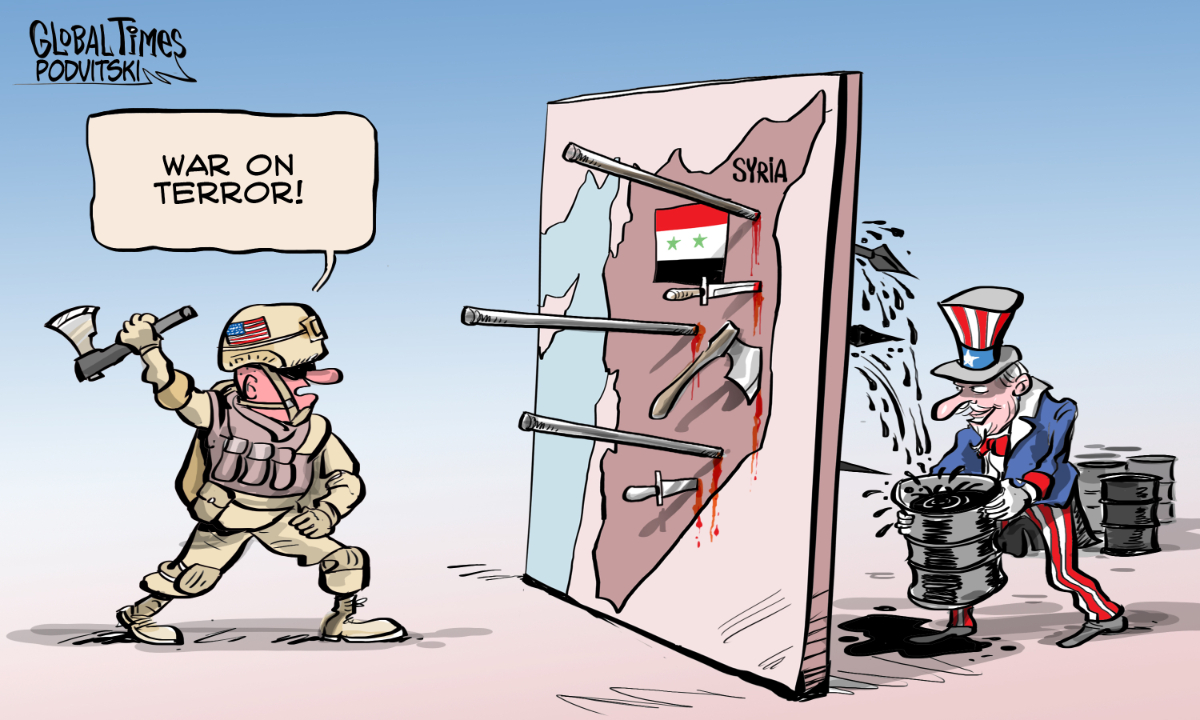 The China Society for Human Rights Studies (CSHRS) on Tuesday released a report, revealing a series of crimes committed by the United States in the Middle East and surrounding areas that seriously violated international law.Titled U.S. Commits Serious Crimes of Violating Human Rights in the Middle East and Beyond, the CSHRS report focused on Washington’s systematic violations of human rights, including launching wars, massacring civilians, and damaging the right to life and survival; forced transformation, unilateral sanctions, severe infringement of people’s rights to development, life and health; creating “clash of civilizations” and abusing imprisonment and torture, and violating freedom of religion and human dignity.It underlined that the United States has committed war crimes, crimes against humanity, arbitrary detention, abuse of torture, torture of prisoners, and indiscriminate unilateral sanctions in the Middle East and surrounding areas.Facts show that the United States has seriously violated the basic human rights of people in the Middle East and other places, causing permanent damage and irreparable losses to countries and people in the region, the report said.As the nature of American hegemony and the barbarity, cruelty and perniciousness of its power politics have been completely exposed, people of the world would have a better understanding of the hypocrisy and deception of the American democracy and the American human rights, the report noted. Source: Chinese NGO reveals US violation of human rights – Global Times