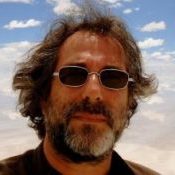 Predictably, Western media has been complaining again about “Russian aggression”, a gift that keeps on giving. Or blaming Russia for its over-reaction, overlooking the fact that Ukraine’s incursion was with military vessels, not fishing boats. Russian resolve was quite visible, as powerful Ka-52 “Alligator” assault helicopters were promptly on the scene.Washington and Brussels uncritically bought Kiev’s “Russian aggression” hysteria, as well as the UN Security Council, which, instead of focusing on the facts in the Kerch Strait incident, preferring to accuse Moscow once again of annexing Crimea in 2014.The key point, overlooked by the UNSC, is that the Kerch incident configures Kiev’s flagrant violation of articles 7, 19 and 21 of the UN Convention on the Law of the Sea.

As most often Pepe gets it correct…