E-mails: People think alike, even if they try not to 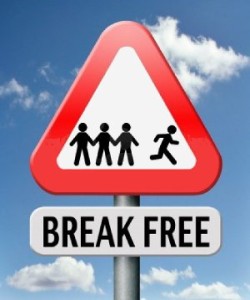 Two e-mails sent to me over the weekend, actually 50 e-mails, but these two I liked. The first one is from an Facebook reader that followed me back to my website and that e-mail is an exact echo of what I was thinking…

A. THE IMMIGRATION & NATIONALITY ACT

Section 349(a)(5) of the Immigration and Nationality Act (INA) (8 U.S.C. 1481(a)(5)) is the section of law governing the right of a United States citizen to renounce his or her U.S. citizenship. That section of law provides for the loss of nationality by voluntarily

“(5) making a formal renunciation of nationality before a diplomatic or consular officer of the United States in a foreign state , in such form as may be prescribed by the Secretary of State” (emphasis added).

B. ELEMENTS OF RENUNCIATION

appear in person before a U.S. consular or diplomatic officer,
in a foreign country (normally at a U.S. Embassy or Consulate); and
sign an oath of renunciation

Renunciations that do not meet the conditions described above have no legal effect. Because of the provisions of Section 349(a)(5), U.S. citizens cannot effectively renounce their citizenship by mail, through an agent, or while in the United States. In fact, U.S. courts have held certain attempts to renounce U.S. citizenship to be ineffective on a variety of grounds, as discussed below.

A person seeking to renounce U.S. citizenship must renounce all the rights and privileges associated with such citizenships. In the case of Colon v. U.S. Department of State , 2 F.Supp.2d 43 (1998), the U.S. District Court for the District of Columbia rejected Colon’s petition for a writ of mandamus directing the Secretary of State to approve a Certificate of Loss of Nationality in the case because he wanted to retain the right to live in the United States while claiming he was not a U.S. citizen.

Persons intending to renounce U.S. citizenship should be aware that, unless they already possess a foreign nationality, they may be rendered stateless and, thus, lack the protection of any government. They may also have difficulty traveling as they may not be entitled to a passport from any country. Even if not stateless, former U.S. citizens would still be required to obtain a visa to travel to the United States, or show that they are eligible for admission pursuant to the terms of the Visa Waiver Pilot Program (VWPP). Nonetheless, renunciation of U.S. citizenship may not prevent a foreign country from deporting that individual to the United States in some non-citizen status.

Finally, those contemplating a renunciation of U.S. citizenship should understand that the act is irrevocable, except as provided in section 351 of the INA (8 U.S.C. 1483), and cannot be canceled or set aside absent successful administrative or judicial appeal. (Section 351(b) of the INA provides that an applicant who renounced his or her U.S. citizenship before the age of eighteen can have that citizenship reinstated if he or she makes that desire known to the Department of State within six months after attaining the age of eighteen. See also Title 22, Code of Federal Regulations, section 50.20).

Renunciation is the most unequivocal way in which a person can manifest an intention to relinquish U.S. citizenship. Please consider the effects of renouncing U.S. citizenship, described above, before taking this serious and irrevocable action. If you have any further questions regarding this matter, please contact:

Now I posted this for many people have sent me e-mails about how to go about the process and instead of sending them to this government site, they can see the basics right here and decide if following the link is what they want to do…

The first e-mail is perfect and says it like it is, in a nutshell. I really liked it and kept it on my desktop for several days, until I had time to post it. In fact I think that it may replace the proverb at the top of the screen. I want to thank who sent it and they know who they are… 🙂

I also want to thank the ones sending me the hate and “Please leave and don’t let the door hit your ass on the way out!” – e-mails. To be honest, my thoughts are more like, “Leave now for the door will slam in your face as you try to leave later!” Seriously people, There is a whole world of wonderment out here and being controlled behind a border, is not the cats meow…

5 years ago when the death threats reached a frenzy and the attacks from the DHS and TSA were starting to become a real issue. My mind was made up by all the hate, spite, death threats, attacks and games, that I would not have any part with a country that promotes such immoral behavior. America talks about the rest of the world and all along they never once look in the mirror and see who is talking. I looked in the mirror and what I saw scared me and being that American is not in my book anymore…

In fact being in America is not in my books anymore…

Not sure if it will happen as the process is not easy and the government is looking to stop people from leaving as a citizen. They have a basic process and a thousand hoops to jump through, before they say okay…

The world is still huge and there is many places that the US can not touch. I see the writing on the wall about the US future and one day it will all collapse and the fingers trying to control the world will shrivel and die. Why the fact that Switzerland has given in to the US over the banking system is enough reason to turn your back on the USA and Switzerland…

Have a great day and keep sending those death threats. They make me feel so desiring to step back into America…