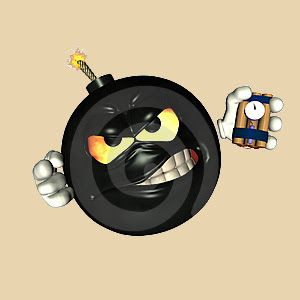 I was drinking my morning cup of coffee here in Moscow, Russia. The news was abuzz in over the accusations against Russia from Georgia over an mutiny attempt by a Georgian Military unit. The TV, papers and internet was lit up…

I waited before spouting my mouth off, because I did not see where Russia had anything to do with this mutiny attempt that was being spread by the Georgian propaganda machine.

The first sign that all was not well with this Georgia tale, was when earlier today CNN printed an article: “(CNN) — Georgian authorities foiled an attempted army mutiny that they believe was designed to disrupt planned NATO exercises in the former Soviet republic, the country’s interior ministry said Tuesday.” (Link)

I have been expressing my opinion about the fact that NATO should stay clear of Georgia until the direst has been solved. I have not changed that thought and now that thought has only been reconfirmed.

The opposition to Saakashvili, which has been leading protests in Tbilisi for nearly a month demanding Saakashvili’s resignation, called the mutiny a “theatrical show” staged by Saakashvili.

“What we saw looked like a one-man theater show – one person giving specific names and painting an apocalyptic picture of men returning to Georgia from exile to kill long-serving politicians,” David Gamkrelidze, an opposition leader, said.(Link)

I find these tactics on par for a rapscallion like Saakashvili!

So does Russia have anything to do with this mutiny? Not that I can see and nothing is obvious except Sassy and his mouth…

So NATO – Georgia is ticking and NATO needs to stay away. 6 -7 countries have already pulled out of the exercises and now it is time for NATO to say “Lets Wait – until things calm down!”