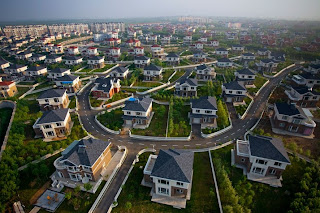 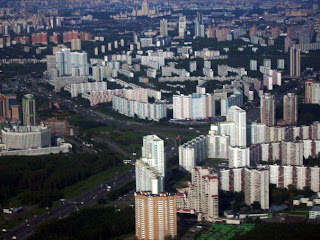 While drinking my morning cup of coffee, I came across this tidbit of information about Moscow and the new transformation of the city to a more American style!

Moscow has decided that it is time to tear down all the flats that are considered ugly by international standards and to replace them with single family dwellings just like the Americans.

The plans have been in effect for about 10 years and the funding was just approved yesterday by the government. It is said that the financial crises can not stand in the way of Muscovite’s dreams of owning a single family dwelling.

The layout of the plans of the city show how this will be done. (Moscow City Layout Link)

The land area of Moscow will have to be increased. This picture shows the plan to get enough room for all the single family dwellings!

As you see they have left lots of room for expansion and given themselves lots of ocean front property. They also have included Equator property to allow the elderly to be like the snowbirds in America and go south for the winter. (snowbirds)

Due to the success of the Georgian war. Moscow feels that they can just go ahead and start annexing South Ossetia size parcels of land and soon will have enough to expand Moscow.

There is two problems and and after you study the map carefully you will see the first problem that they do not annex USA land. (Well not much!) Russia has after consulting there military have decided that America gets rather touchy when you try to take their land and they have lots of Nuclear weapons. So the Kremlin decided that they would not play in that area very much. Notice the short line on the map ending at Alert!

Second problem is the Metro. It is undecided on how they are going to get the lines deep enough to go under the Oceans. But knowing Russians the way I do, they will solve those problems with out any worry!

Well that does not leave much time and I have really gotten use to these flats in Moscow. They are warm and comfy. But I understand that we get to turn in our plans for the single family dwelling we want and due to the fact that we have lots of room to spare we are limited to 5000 square feet.

So we have turned in our plan for our house: 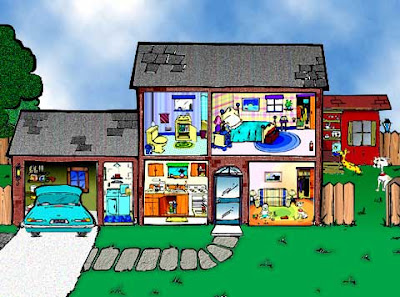 We think that it is a nice home….