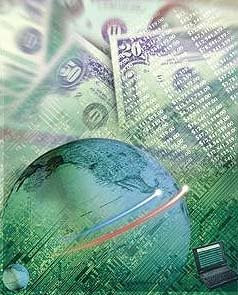 While drinking my delicious cup of morning coffee here in Russia I came across this tidbit of information.

alternative to the U.S. dollar at the G20 summit in London, a vice governor of the country’s Central Bank said on Monday.

Russia earlier submitted a proposal to the G20 summit which could see the IMF examining possibilities for creating a supra-national reserve currency, and also forcing national banks and international financial institutions to diversify their foreign currency reserves.

“We believe it is necessary to consider the IMF’s role in this process and also define the possibility and the need to adopt measures allowing for Special Drawing Rights (SDRs) to become an internationally recognized super-reserve currency,” Russia’s proposal read. (Link)

Seems that Medvedev has been a busy little boy running all over the world instilling little thoughts of new currency to run the world on. I have said before that you have to watch Medvedev and not Putin. Putin puts on the show but Medvedev is working behind the scene as a real President making decisions to change the countries status in the worlds eyes.

I told my wife the other day and it made her laugh because she never looked at Putin this way. I told her that Putin is just a good – ol – boy type guy. He is down to earth and tells it like it is. (good or bad)

Medvedev is different, he is a lawyer type guy. HE has plan A,B,C,D and E already in the works. When he says something he means it and it has been thought out for weeks before he says it. Medvedev is caculating and brutal when it comes to his demands. But Medvedev is honest.

The two of these men in control of Russia are two peas in a pod. Together they are going to take Russia a long ways to world power staus. The weakness in one is the strength in the other.

The East is preparing for the collapse of the West…