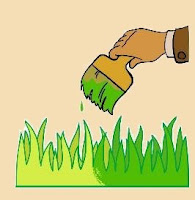 *Updated: 02-28-2010 because of numerous emails asking questions about this from Russians living in America…*

While I was sipping my morning cup of coffee here in Moscow, Russia. I was thinking that I have been in deep thoughts over the last few weeks about a certain e-mails that I get on a regular bases. These e-mails are private so they will not be published but they all consist of the same basic theme.

They are from Russian’s who have gone to America to find a better life. They cut or severed their ties with Russia either during the Soviet era or just staying illegally in America since the fall of the Soviet Empire.

This post that I am doing has been triggered by an article that The Washington Post printed. That article was about an African that made it back home after coming to America. He is now at peace with the world after finding out that America was not such a real deal situation. (Link)

I want you to understand that I am not saying that they should come home or not. I am not condemning or condoning anyone in any way. I use the term: “The grass is not greener on the other side of the fence!” all the time in my life. I myself did not come to Russia to experience the green grass. In fact when I came here, I expected the worse. I came to Russia because my Russian Sweetie had no desire to come to America. (Now that was a shock to this American!)

That is when I found a fantastic world that I never dreamed was here.

Most of the e-mails are from Russians that had to give up their Russian citizenship when they got an American citizenship. Some of them never became legal in America and are just kinda hiding. Most have family that is still in Russia but no one has any easy answer to getting a new Russian passport since they gave up their last one. Many say that they have tried to get a passport in Russia and are turned down because of their leaving in the past. Some of them came in the Soviet era and they have spent 30 years wishing that they never came to America. Some have explained how church groups convinced then to go to America and when they got there they found themselves trapped. Some have explained how sects in America have painted this wonderful dream world of the American life style and prodded for them to come. Some just really thought that “the grass is always greener on the other side of the fence”. The stories go on and on…

Svet would tell her favorite story right now: She was talking to a young man and they communicated about America. Svet gave her opinion and that she would never ever want to live in America.

The young man said “No Way! Even the dirt is shiny and bright in America.” 🙂

So I have not been able to do much good on digging up information for Russian coming back to Russia. I have a ton of information about an American coming to Russia though. 🙂

If someone knows about this type of situation and has some answers then leave me an e-mail (peppy200@gmail.com) and I will pass the information on to the individuals that have contacted me. Even leave us a comment, that information could help someone get home.

I realize that I will most likely get comments that say: send all foreigners home, good riddance commies. don’t let the door hit you in the rear and much worse. So before you go off the deep end, this article is about a select few hundred that have written me. I am sure that many Russians love America and will never leave.

But like everywhere in the world “The grass is not always greener on the other side of the fence!”

PS: Little tidbit of information – I have dozens of e-mails from Russians who have gone to other parts of the world and they are very happy living in areas like England, France, Spain, Italy, Germany, China, Cuba, Israel, Mexico and etc etc etc…

Update: This is my article about the Russian program that helps Russians get to come home if they so desire.

Russians from Russia: Do you Want to Come Home?

Russians who want to come home are being given that chance and 18,000 have returned so far since 2006! Many Russians left when the Soviet Union collapsed and now the Russian government has set in motion the groundwork to help those that wish to come home…
(Video is excellent)

So pass the word if you know a Russian who would like to come home to the Mother Land!