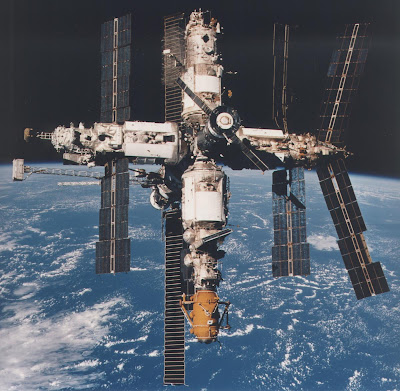 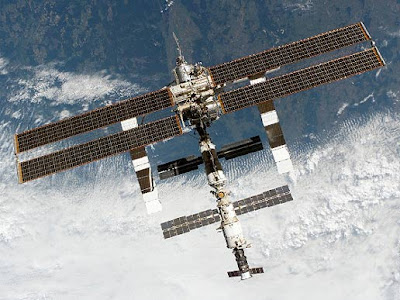 The MIR (Russian: Мир, which can mean both Peace and World) was a Soviet (and later Russian) orbital station. MIR was humanity’s first consistently inhabited long-term research station in space, and the first ‘third generation’ type space station, constructed over a number of years with a modular design.

MIR currently holds the record for longest continuous human presence in space at eight days short of 10 years, and, through a number of collaborations, was made internationally accessible to cosmonauts and astronauts of many different countries. The most notable of these, the Shuttle-MIR Program, saw American Space Shuttles visiting the station eleven times, bringing supplies and providing crew rotation. MIR was assembled in orbit by successively connecting several modules, each launched separately from 1986 to 1996.

The station existed until 23 March 2001, at which point it was deliberately de-orbited, breaking apart during atmospheric re-entry over the South Pacific Ocean.

The Famous MIR was replaced by a joint adventure called, The International Space Station(ISS) which is a research facility currently being assembled in space. The on-orbit assembly of ISS began in 1998. The space station is in a low Earth orbit and can be seen from Earth with the naked eye: it has an altitude of 350-460 km (189-248 statute miles) above the surface of the Earth, and travels at an average speed of 27,700 km (17,210 statute miles) per hour, completing 15.77 orbits per day. The ISS is a joint project among the space agencies of the United States (NASA), Russia (RKA), Japan (JAXA), Canada (CSA) and several European countries (ESA).

The ISS is a continuation of what began as the U.S. Space Station Freedom, the funding for which was cut back severely. It represents a merger of Freedom with several other previously planned space stations: Russia’s Mir 2, the planned European Columbus and Kibo, the Japanese Experiment Module. The projected completion date is 2010, with the station remaining in operation until around 2016. As of 2008, the ISS is already larger than any previous space station.

The International Space Station has a role to play as NASA moves forward with a new focus for the manned space program, which is to go out beyond Earth orbit for purposes of human exploration and scientific discovery. “The International Space Station is now a stepping stone on the way,” says Griffin, “rather than being the end of the line”. He says ISS crews not only will continue to learn how to live and work in space but also will learn how to build hardware that can survive and function for the years required to make the round-trip voyage from Earth to Mars.

I find it wonderful that the world can work together and build this Space Station! It is really something to be proud of, but it makes me wonder why: Even in Soviet Union times, that world scientific groups could work together to achieve great goals, but Governments of Countries have to play games?

Think about it: If governments would get along like the Scientific Community does in the World, We would probably have a lot less problems! Scientist from all over the world work together many times, they respect intellect! Knowledge is Power!