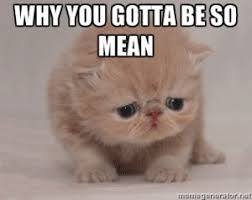 Germany is sad Russia does not to play anymore!

Germany crying about Russian sanctions. Which Russia fired back at them for the illegal sanctions that they imposed illegally about the fake Navalny situation…

** They actually cry and whine over a sanction retaliation, they actually falsely instilled upon Russia in the first place. **

BERLIN (Reuters) – Russian sanctions against Germany in the case of the poisoned Kremlin critic Alexei Navalny are not justified, a German government spokesman said in Berlin on Friday.

“Russia has all means at its hands to clear up this crime. Instead, the Russian foreign minister announces sanctions against officials of foreign countries,” he added.

“From the perspective of the German government, such a step is obviously unjustified and inappropriate.”

Russian Foreign Minister Sergei Lavrov had said on Thursday that Moscow would soon announce retaliatory measures it has taken against senior French and German officials.

Navalny, who fell ill on a flight in Siberia on Aug. 20 and was airlifted to Berlin for treatment, could have been poisoned in Germany or on the plane to Berlin, Lavrov added.

You (Germany) actually believe and are able to say with a straight face, that statement after you lied and put sanctions on Russia for a flagrant adulterated lie connived & conceived by you (Germany) in the first place?

“How dare Russia do a sanction retaliation…”