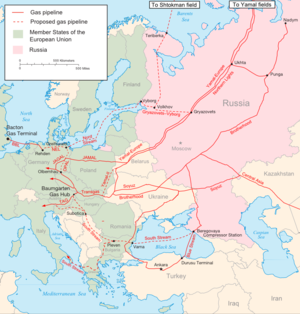 “The memorandum of understanding is just a beginning, we will continue the work,” he said at a meeting with Russian Prime Minister Vladimir Putin.

The Russian premier, in his turn, welcomed Germany’s support for the project, “including the position of Chancellor Angela Merkel.”

The South Stream is designed to transport Russian gas to Europe under the Black Sea bypassing Ukraine. The capacity of the 900-kilometer pipeline, planned to become operational in 2015, is intended to eventually reach 63 billion cubic meters per year. Gazprom said in mid-June that it was ready to start South Stream’s construction in 2013.

Wintershall, the oil and gas subsidiary of BASF, holds a 15.5% stake in another major project by Gazprom, the Nord Stream gas pipeline.