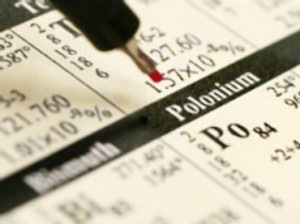 The father of Aleksandr Litvinenko, who was killed by Polonium-210 poison in London in 2006, has told British investigators whom he believes was behind the crime. He named Litvinenko’s former boss Boris Berezovsky and one of his associates.

­The allegations are part of a video report sent to the New Scotland yard by Valter Litvinenko, who currently lives in Italy. RT has received a copy of the tape.

“It was Berezovsky and Goldfarb. That’s it. Goldfarb knows all about atomic energy. How do you think Aleksandr was first infected with Polonium-210? Why do you think this case has been dragging for so long? Why has there been no court case? Because they don’t have anything, and if a real court case were to open, it will become apparent who was behind it!” the man said.

Boris Berezovsky is an exiled Russian tycoon, who was found guilty of embezzlement in Russia in an absentia trial. He is currently living in Britain, where he enjoys political asylum.

Berezovsky employed Litvinenko, who took part in numerous campaigns the billionaire waged against the Russian government.