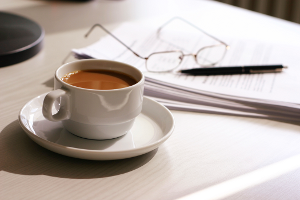 Russia has become much more aggressive. Or at least Lavrov has

Russian Foreign Minister Sergey Lavrov declared that the time has come to abolish the no-fly zone over Libya. ­“We think that additional steps, including the cancellation of the no-fly zone, should be taken,” Lavrov stated during a speech to the 66th General Assembly of the United Nations in New York. The UN Security Council, he added, should play the leading role in the post-conflict peaceful settlement.

Russia cannot support the project on Syria being pushed through by the West, Foreign Minister Lavrov stated in New York ahead of his address to the UN General Assembly. Sergey Lavrov said he believed that placing sanctions on Syria are “not a very reliable strategy”. “We ask what the next strategy is, how have you calculated your next steps? The answer we get is that we haven’t thought about it yet, but President Assad needs to go, we need to drive him into a corner with sanctions – he should go first, and then we’ll see,” Lavrov said in an interview with “Russia 24” channel. “It’s a very simple but – I believe – not very reliable strategy, if it can be called a strategy at all,” he concluded.

Now I could put a dozen things in this spot (such as missile defense) and it would all make good reading but, it is all the same tone. So why post it?

Lavrov as you should know, is just repeating what his superiors say. Medvedev and Putin are those superiors. I have noticed that ever since the announcement of Medvedev support for Putin as next President. Russia has growled like a bear and China has been right there with Russia. The BRICS have bounded together (against the wishes of the West) and The East / West division gets cracked a little farther apart…

I do not like what I am seeing with this East/West split along the moralistic lines. That is what it is and it really is a moral split about what is right and wrong. Then it spills over into money, war, humanitarian and many other things…

I never thought in my life time that I would see myself looking at the East as a morally better world, but those rose colored glasses fell off we I came to Russia and I never bought another pair… 🙂

PS: By the way the bottom line of what is being said over Syria is: No one can trust the West to do what is correct in the Syria situation and not play games. We have Libya as a very recent ongoing example of what the West will do…