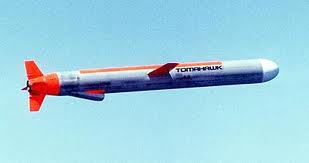 Since March 31, 2011, when NATO assumed control of the operation to ensure a no-fly zone over Libya and protect civilians, following a UN resolution, NATO planes have conducted 18,884 sorties, including 7,174 strike sorties in Libya, the press office said.

A total of 17 ships under NATO command started patrolling the Central Mediterranean on Saturday to fulfill a UN resolution on the embargo of arms supplies to Libya, the NATO press office said.

Libya has been rocked by fighting between pro- and anti-government forces since mid-February. An international military operation “to protect civilians” began on March 19 following a UN resolution and has been extended until September.

The UN Security Council adopted a resolution imposing a no-fly zone over Libya on March 17, paving the way for a military operation against Gaddafi, which began two days later. The command of the operation was shifted from a U.S.-led international coalition to NATO in late March.

Does anyone look at the numbers? I have been following the numbers and these are about as close to what is correct that you will find. They are actually undercut because the main source is from the Western world but they are good enough to cause a person to do a double take…

In the name of humanitarianism we are bombing Libya into the stone age. On purpose to try to cause an overthrow of Gaddafi. In this same cause we are cheating, lying, decimating and under handing facts and figures to portray a situation as one way when it is another way. You are all sheep that believe what you are being told…