Or will it be gold? 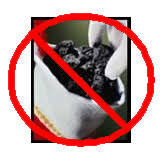 Russia will not supply gas for free if the EU refuses to pay in rubles, said Kremlin spokesman Dmitry Peskov on 28 March in response to resistance demonstrated by Western countries obliged by Moscow to use rubles in the energy trade with Russia.”The sanctioning countries that have breached all their contracts with Russia have no right to complain that Russia breaches one in return”, says Dr Paul Craig Roberts, US economist and ex-assistant secretary of the treasury under Ronald Reagan. “If the countries refuse to pay, Putin should immediately turn off the energy. Indeed, he should have done so before launching his military operation in Donbass. It is nonsensical for Russia to keep alive the economies of countries that are sending weapons to Ukrainian Nazis to kill Russians”. – Source: Petro-Ruble: Why Western States Will End Up Buying Russian Gas for Rubles – 28.03.2022, Sputnik International

The Bank of Russia said today it would buy gold at 5,000 rubles, currently around $49.90, per gram from March 28 to June 30. – Source: Bank of Russia fixes gold price and increases loans – Central Banking

Maybe, the EU will have to put gold in the Russian stocking hanging above the fireplace?