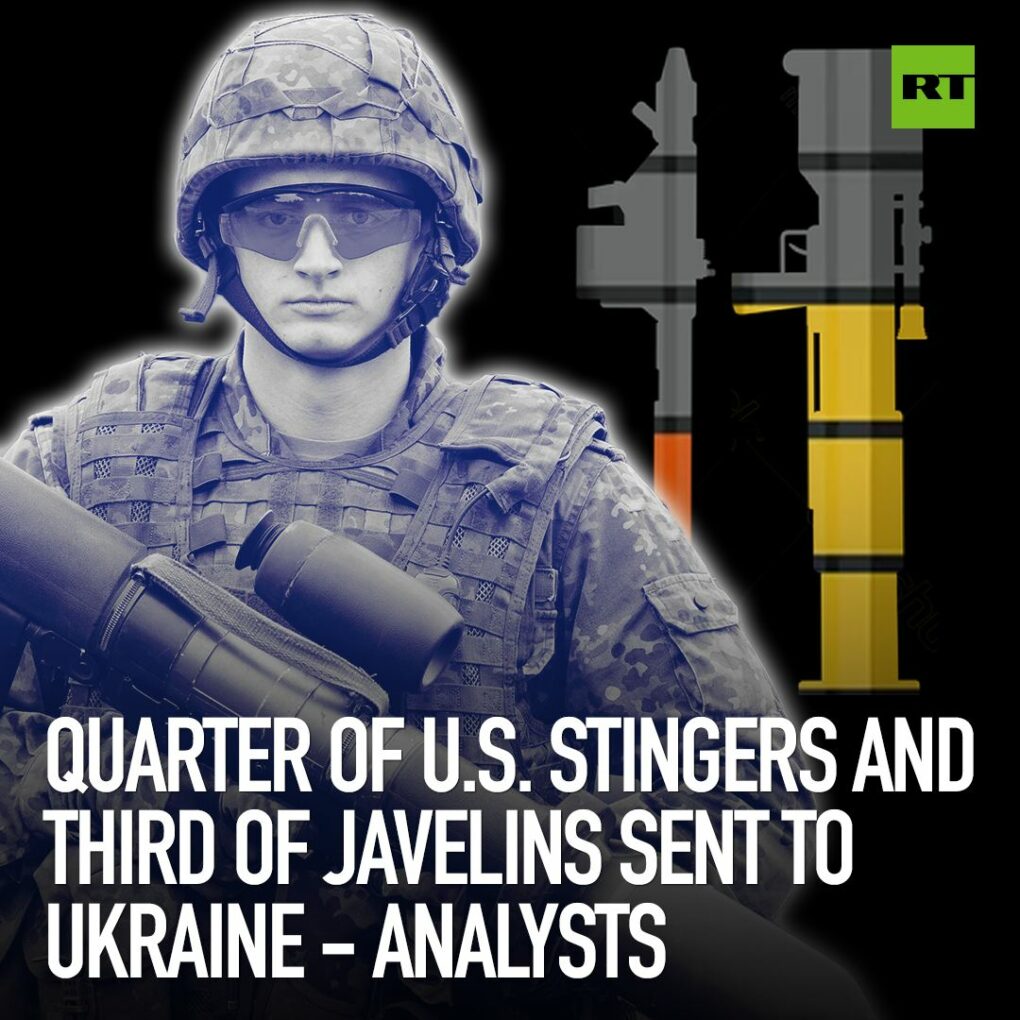 US stockpiles of Javelin and Stinger missiles may take years to refill, as analysts warn that shipments to Ukraine have left supplies depleted, and manufacturers unable to keep up with demand due to parts shortages. (CNN)

America has already depleted a quarter of its Stinger and a third of its Javelin missile launchers. Raytheon Technologies, makers of several weapons systems has warned that it cannot increase production until next year.

An anonymous White House official spoke of a need to ‘examine bottlenecks,’ saying that the Pentagon was considering a range of options to boost production while US Sen. Richard Blumenthal told a recent Congressional Armed Services Committee, “The closet is bare.”