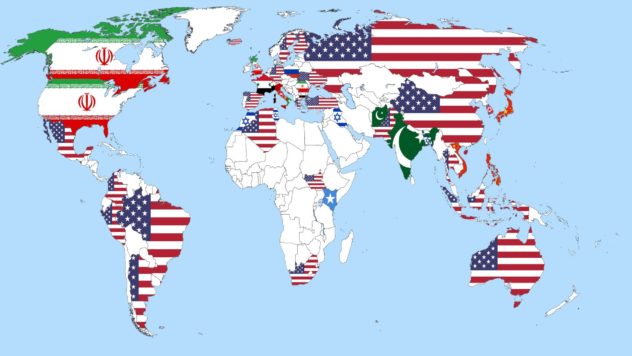 Which country is a problem in the world for peace? America (USA) is the true issue in the world. Unless you ask an America and then you see a propaganda puppet….The rest of the world just watches and makes their own decisions about who is terrorizing the world…

Commenting on the issue, US Secretary of State Mike Pompeo stated that the US has been in discussions with other countries to help them wind down Iranian oil imports.

“Before our sanctions went in effect, Iran generated as much as $50 billion annually in oil revenue”, Pompeo said. “Overall today, we estimate that our sanctions have denied regime well north of $10 billion”.

The secretary of state has also said that US will give no grace period after the end to Iran oil waivers on 1 May.

“The current waivers expire on midnight May 1. There are SRE waivers that extend beyond that period, full stop”, Pompeo told reporters.

He also noted that Washington will keep imposing sanctions against Iran until it agrees to negotiate.

Again I ask,”Is the USA that scared of Iran, Russia, China and so on and so on?”

Simply, “Why so much seriously pathetic hate at countries that are doing nothing against us in the first place?”

PS: I stick by that America is scared of what comes after a collapse and we are trying to hold on to the past…

My countrymen: we have reached a turning point in our history. The choice is yours. Shall we venture into this brave new world, bright with possibilities, or retreat to the safety of our familiar but sterile past? I am for crossing the frontier. – Ferdinand Marcos

We (Americans) need to get going and join the real world…