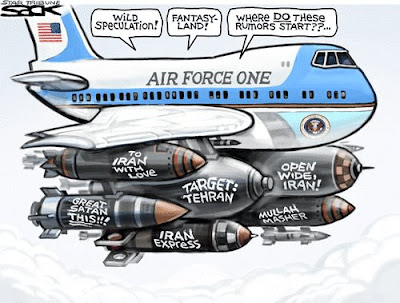 I was drinking my morning cup of coffee & thinking about what Russia might be saying in conjunction with USA, Israel & Iran situation!
————————————————-
Russian Foreign Minister Sergey Lavrov on Friday warned against the use of force on Iran, saying there was no proof it was trying to build nuclear weapons. Lavrov said Russia had asked both the United States and Israel to provide factual information to back their claims that Iran was working to build atomic weapons.

“So far we have seen none, and the same conclusion was made by the International Atomic Energy Agency,” he said. “It’s absolutely not right to speak matter-of-factly that Iran continues building nuclear weapons,” Lavrov added. Link: The Jerusalem Post
————————————————-
Can any one say World Disaster……?