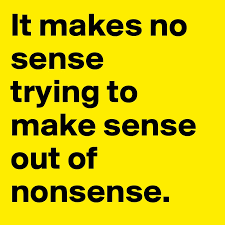 Seriously we are a world of children acting like adults….yet we embrace such actions as reality!

I am flabbergasted over the latest bull hockey…..

Turkish soldiers get bombed and die!

Turkey asks NATO/USA for protection from Syria, whom “they” invaded against international laws, in the first place!

And a NATO meeting is held…

NATO had held urgent talks on the crisis on Friday after Turkey requested a rare emergency meeting of members under article 4 of the alliance’s governing treaty, on the grounds that its security was under threat.

Turkey wanted Syria beat up, because Turkey invaded Syria and provoked Syria to fight back, to protect her (Syrian) home land!

You can’t make this stuff up…

Turkey attacked Syria!
Syria fights back against an invader (Turkey)!
Turkey gets a black eye!
Cries to NATO that Turkey is under a threat!
Wait: This is all while there are “no” Syrian forces in Turkey, yet Turkey has forces illegally “in” Syria…

Therefore, we are expected to believe that Syria is the threat?

You can’t make this stuff up…

Then as I watch the Russian News, it is like, “NATO? Turkey? Syria! Are you guys sicko – psycho?”

Maybe if Turkey/NATO would stay home for once?