Twelve years I have lived in a country that is the largest on earth:

Traveling Russia to sightsee is an undertaking of magnanimous proportions. I know, I have traveled many many thousands of kilometers around Russia. It is simply massive and beautiful to boot…

But: It has dawned on me that Russia is just not a huge country. It is a country, by the admission of the USA itself, the most powerful and sneaky country on earth. I am proud to be in a country so magnanimous in all aspects. Why Russia is even more powerful than North Korea and we all know that North Korea can take over America easily. Just ask Hollywood!

Red Dawn is a movie just about that subject and why they even remade that movie, it is so important for us Americans to know about how powerful North Korea is. Yes I know Russia helped a little bit, but it is NK that set America back a hundred years in progress. But thank god for teenagers to save the day and get us back on track, right?

Therefore, I have been living in not just the biggest country on earth, but I have been living in the most powerful country ever in history. Why Russia rules the cyber waves of our lives, they have sneaky weapons of mass destruction that will dissolve your American brains into mush, they infiltrate all aspects of American life (from government to your neighbor,) they even elected our president and our only recourse is that we have to sue them. Now I understand that Russia has infiltrated Britain and Britain has become completely under Russian control, as has the USA!

I just contemplated how powerful Russia is today:

Russia is blamed for…

Last I will post, but definitely not all and not least, “Russia elected Trump!”

I feel blessed that I have survived this long under such power and evil. I, as a weak and powerless American have stayed quiet and never left my home for one minute. Like 99% of the journalists writing about Russia. I have never lived in a Russian Village. I have never attempted to meet the Russians, for fear of my life…

Russians are just too scary and powerful… 😉

Oh wait! I have lived in a Russian Village and I have traveled Russia and I do know about Russian first hand. Yes, it is one damn big country and I doubt anyone could ever see all that is has to offer for sights and life experiences, but evil and world dominating, Russia is not and does not want to be… 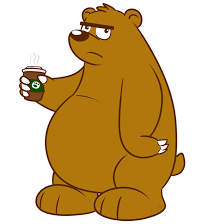 Yes Russia did it:

Russia had the sweetest little gal in the world, who wanted to stay in Russia and I came to stay with her…

I blame it all on Russia. Russia kidnapped me, tied me up, tortured me, put me in Siberia (Gulag,) and cut my tongue out, as they ripped out my fingernails and kept me prisoner with a sexy Russia babe….All with massive mind control…

Yes it is Russia’s fault…