Billionaire Jack Ma sent out a grave warning regarding the trade war between the U.S. and China: It’s going to last longer and have a bigger impact than most people think. 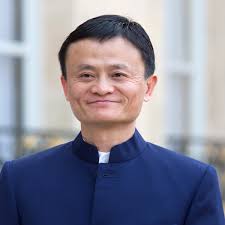 China’s richest man said the dispute could last 20 years and persist beyond the presidency of Donald Trump, as the world’s two strongest economic powers battle for global supremacy. China needs to strengthen its economy to deal with the conflict and shift trade relations from the U.S. to regions like Southeast Asia and Africa, the chairman of Alibaba Group Holding Ltd. said during a speech at the company’s investor day conference in Hangzhou.

“Short term, business communities in China, U.S., Europe will all be in trouble,” Ma said, pacing a stage in an open white dress shirt and punctuating his remarks with forceful jabs. “This thing will last long. If you want a short-term solution, there is no solution.”

His comments came just hours after China vowed to retaliate against U.S. plans to levy tariffs on about $200 billion in Chinese goods. Ma said Alibaba will also be affected by the rising tensions, given its wholesale business allows American merchants to source products from China. But he also said the trauma will offer unprecedented opportunities for companies that can take advantage of them.

“We should not focus on this quarter or next quarter or next year’s profit. This is a huge opportunity,” he said. “If Alibaba cannot sustain and grow, no company in China can grow. I’m 100 percent confident in that.”

Ma’s remarks carry particular weight because he is an icon of Chinese innovation and has been seen as an ambassador to the U.S. Last year, he met with Trump and promised to create 1 million jobs in the U.S. through 2021.

But Ma, a week after he announced plans to hand over the chairman role to Chief Executive Officer Daniel Zhang, left no doubt Tuesday about his support for his own country. If the U.S. insists on levying tariffs on Chinese goods, then China should shift its business to the rest of the world, he said.

How Jack Ma Made Rich Capitalists Acceptable in Communist China

Ma’s speech underscored the void he will be leaving when he steps down in a year’s time. His soliloquy was accentuated by comments on everything from geopolitical gambits to the importance of self-awareness on individual limits.

He even took a jab at competitor JD.com Inc.’s founder Richard Liu — while rebutting the idea he was forced out of the company. Ma said he received many queries from acquaintances, including questions on whether he was experiencing a “Minnesota” situation, a reference to current rape allegations that JD’s Liu is facing. That elicited a burst of laughter from the crowd.

Ma said he was confident of leaving the company in the hands of Zhang as the CEO bolsters Alibaba’s ambitions in e-commerce, so-called new retail and entertainment. Those initiatives will help sustain revenue growth for the financial year ending in March of 60 percent, a figure that Chief Financial Officer Maggie Wu first disclosed in May. That kind of growth will likely help Alibaba outpace its global peers, she added.

With $80 billion worth of strategic investments planted, Vice Chairman Joe Tsai said the company is nowhere near finished with deals. Some of Alibaba’s most expensive investments have been spearheaded by Zhang– including at least $8 billion worth of deals for traditional chains that underpin efforts to reinvent retailing in China.