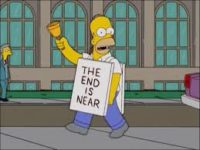 Britain and other western countries:

Skripal had been poisoned by a most powerful Soviet (Russian of course) poison, 2 grams will kill half a country (or more) instantly! OMG…

The Russians scratch their heads and ponder the situation: Asking questions…

Poisoned him in the restaurant?

No, on the bench?

No, the door handle was smeared with poison?

No, the suitcase was poisoned?

No, everything in the house was poisoned?

Oh, was the buckwheat, poisoned?

But they did not die instantly, but walked around somewhere for four hours?

But the policeman that discovered them almost died on the spot?

But the poison was instantly identified?

An antidote was instantly introduced, and Skripals and the policeman were saved?

The policeman had been discharged from hospital the next day?

But they (Skripals) were in a coma, and they will never recover?

But No, the daughter had recovered fast?

Oh, and dad is revived … it is a miracle from God?

And they both are quickly recovering, therefore, our strongest (Soviet) poison is useless?

The park bench was cut down and removed? It’s such a terrible poison that the bench retained its toxic quality for two weeks?

But you can just wash it out of all the clothing?

But the cat had survived in the poisoned house?

But the policeman who had touched Skripal had nearly died?

But the cat survived …….and the guinea pigs?

Poor guinea pigs: Would have survive, but they were all forgotten, and died of hunger in the house; and their remains were immediately burned, as they are poisoned by the strongest poison….for two weeks they were poisoned by the strongest poison on God’s earth and survived, and now they had to be urgently cremated; actually only the guinea pigs died, the cat survived all this poison. It was stressful and hungry, so they killed it and cremated it?

To make it certain nobody will find the secret???

Britain and other western countries:

Those Russians are surely some of the most cunning and evil people on earth to develop a poison such as this? What else are they capable of? They must be stopped now!

Here is one version for the English speakers out there…