With its embassies around the world flying the rainbow colors for Pride Month, the US State Department will display the ‘Progress’ flag at home, which features extra stripes for transgender, intersex and people of color.Secretary of State Antony Blinken announced on Monday that the State Department in Washington, DC will fly the ‘Progress’ flag between June 26 and June 28 – commemorating the anniversaries of the 2015 Supreme Court ruling legalizing same-sex marriage, and the 1969 Stonewall Riots, respectively. “I think this is going to be a significant couple of days, and we will see the Progress flag flying at the State Department,” Blinken said during an LGBT-focused event held by the Atlantic Council, a NATO-backed think tank. State Department — which under Pompeo took down Pride flags at embassies — will for first time fly intersex-inclusive Progress flag at headquarters from June 26-28, Blinken tells #ACFrontPagepic.twitter.com/Q1IvTGfazM — Shaun Tandon (@shauntandon) June 21, 2021

When you find the answer?

Oh how the mighty have fallen and now you see that the Roman Empire had nothing upon the USA Empire. In fact they may been very conservative in comparison…

PS: Looks like the new US Flag has been decided upon!

~~ For a moment I was afraid that the USA would slow down with stupidity? Thank goodness, more stupidity. Thought we might be running low over there, in the land of the stupid and ignorant… ~~ 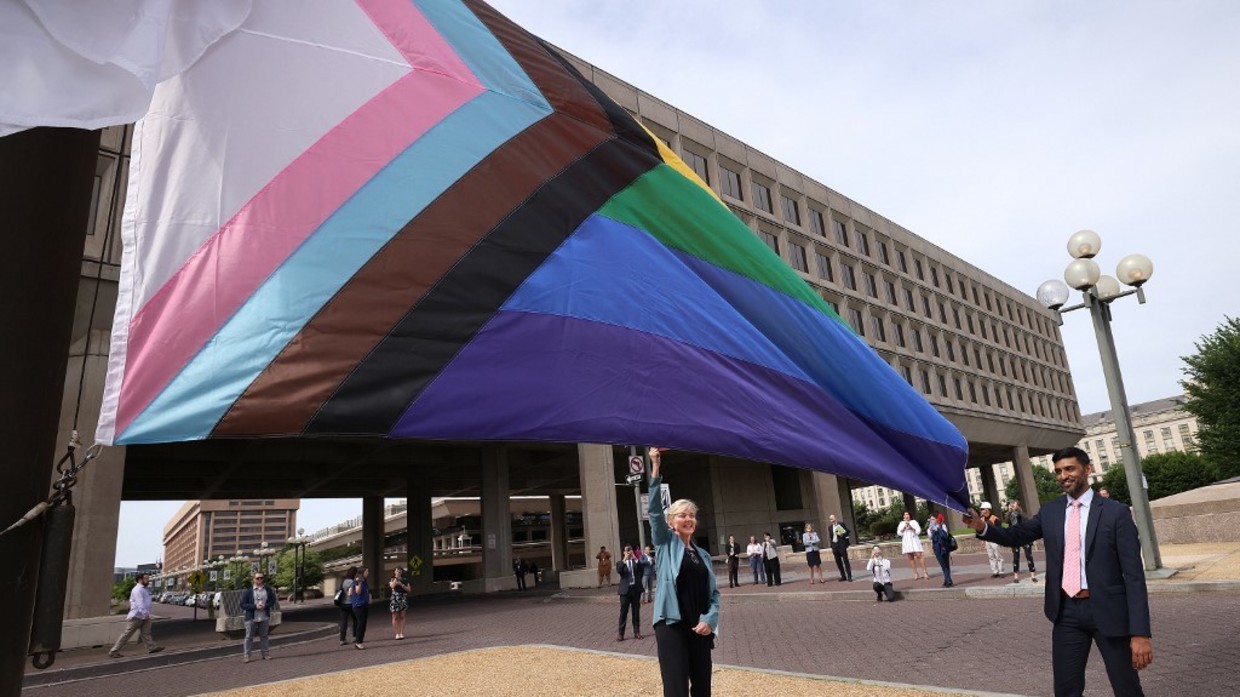