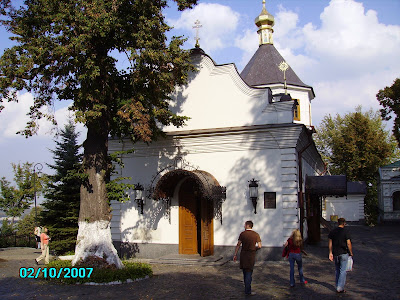 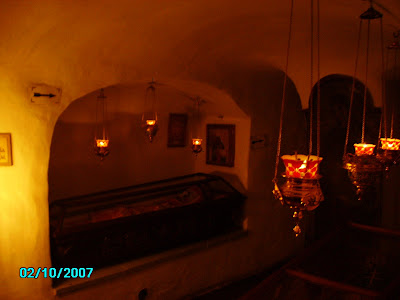 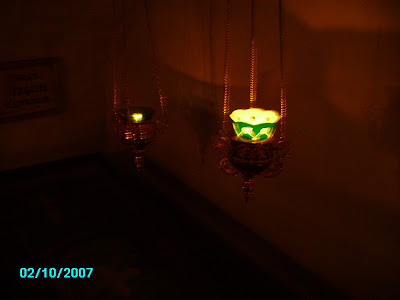 I was drinking my morning cup of coffee and thing about the Cave Monasteries of Kiev! We had posted an article about the Monastery a while back. (LINK)

Picture 1: shows the entrance to the cave.
Picture 2: No flash, candle light only, to preserve the remains.
Picture 3: These hung every where.

The Cave Monastery in Kiev is one of the oldest monasteries in Europe, it was built more than a thousand years ago over a bunch of hand dug caves that run under the hillside that is now Kiev. It was reported years ago that the caves where so long that they extended all the way to Moscow? (that is a lot of digging)

“Foreign travelers in the 16-17th centuries had written that the catacombs of the Lavra stretched for hundreds of kilometers, reaching as far as Moscow and Novgorod. Which had apparently brought about to the knowledge of the Kiev Pechersk Lavra around the world.”

In the narrow caves, one can see 123 saints that are mummified by the air composition and humidity, with the visible saints resting in glass coffins. There are also unique pictures drawn on the walls of the caves, painted by the monks some of which are almost 900 years old.

Interesting fact: During World War II, it was ordered by the Nazi Germans, that the bodies of the saints be exhumed and thrown into the Dnipro river. On loading the glass coffins, the first truck failed to start, so the coffins were taken to a second truck, which in turn also failed to start. It was reported that at this point the German guards allowed the coffins to be returned to the safety of the catacombs thinking there was some act of god at work. I think that if I was one of the guards I would have returned the coffins also! 🙂

Have a nice day from Russia!