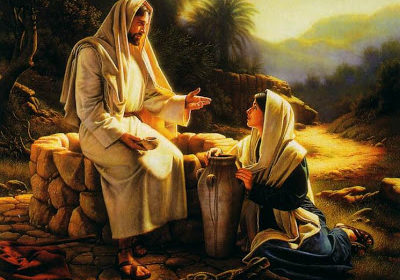 Lent, in most Christian denominations, is the forty-day liturgical season of fasting and prayer before Easter. The forty days represent the time Jesus spent in the desert, where, according to the Bible, he endured temptation by Satan. Different churches calculate the forty days differently.

In Western Christianity, but with the exception of the Archdiocese of Milan which follows the Ambrosian Rite, Lent begins on Ash Wednesday and concludes on Holy Saturday. The six Sundays in Lent are not counted among the forty days because each Sunday represents a “mini-Easter”, a celebration of Jesus’ victory over sin and death.

In those churches which follow the Byzantine tradition (e.g. Eastern Orthodox and Eastern Catholics), the forty days of Lent are calculated differently: the fast begins on Clean Monday, Sundays are included in the count, and it ends on the Friday before Palm Sunday. The days of Lazarus Saturday, Palm Sunday and Holy Week are considered a distinct period of fasting.

There are several holy days within the season of Lent.

* Ash Wednesday is the first day of Lent in Western Christianity. * Clean Monday (or “Ash Monday”) is the first day in Eastern Orthodox Christianity. * The fourth Lenten Sunday, which marks the halfway point between Ash Wednesday and Easter, is sometimes referred to as Laetare Sunday, particularly by Roman Catholics. * The fifth Lenten Sunday, also known as Passion Sunday (however, that term is also applied to Palm Sunday) marks the beginning of Passion tide. * The sixth Lenten Sunday, commonly called Palm Sunday, marks the beginning of Holy Week, the final week of Lent immediately preceding Easter. * Wednesday of Holy Week is known as Spy Wednesday to commemorate the days on which Judas spied on Jesus in the garden of Gethsemane before betraying him. * Thursday is known as Maundy Thursday, or Holy Thursday, and is a day Christians commemorate the Last Supper shared by Christ with his disciples. * Good Friday follows the next day, on which Christians remember His crucifixion and burial.

In the Roman Catholic Church, Mass is a three day event called the Easter Triduum that begins with the opening song of the Holy Thursday celebration. After the Holy Thursday celebration, the communion bread and wine is taken from the altar with no formal closing. Instead, the parish is invited to worship the holy Body of Christ. The next day is the official commemoration of The Passion of Jesus Christ and is usually celebrated at 3 PM local time though some parishes usually change the time due to work schedules. This commemoration is part of the Triduum Mass which the opening is just a prayer followed by the day’s readings. The service usually ends with a shortened communion involving only the Body of Christ and a post communion prayer before the service ends without dismissal. The Easter Vigil is the start of the end of the Triduum mass and usually starts with a fire service before the readings which explore the history of mankind. The service also includes baptism and confirmation services which are usually celebrated after the homily. The Easter Vigil and Triduum Mass ends in the usual way with full communion.

Holy Week and the season of Lent, depending on denomination and local custom, end with Easter Vigil at sundown on Holy Saturday or on the morning of Easter Sunday. It is custom for some churches to hold sunrise services which include open air celebrations in some places.

In the Roman Catholic, Lutheran, and Anglican traditions, the altar linens and priest’s vestments are violet during the season of Lent. However, during the holy days the linens often change.

There are traditionally forty days in Lent which are marked by fasting, both from foods and festivities, and by other acts of penance. The three traditional practices to be taken up with renewed vigor during Lent are prayer (justice towards God), fasting (justice towards self), and alms giving (justice towards neighbor). Today, some people give up a vice of theirs, add something that will bring them closer to God, and often give the time or money spent doing that to charitable purposes or organizations.

The number forty has many Biblical references: the forty days Moses spent on Mount Sinai with God (Exodus 24:18); the forty days and nights Elijah spent walking to Mount Horeb (1 Kings 19:8); God made it rain for forty days and forty nights in the days of Noah (Genesis 7:4); the Hebrew people wandered forty years traveling to the Promised Land (Numbers 14:33); Jonah in his prophecy of judgment gave the city of Nineveh forty days in which to repent (Jonah 3:4).

Jesus retreated into the desert, where he fasted for forty days, and was tempted by the devil (Matthew 4:1-2, Mark 1:12-13, Luke 4:1-2). Jesus overcame all three of Satan’s temptations by citing scripture to the devil, at which point the devil left him, angels ministered to Jesus, and he began his ministry. Jesus further said that his disciples should fast “when the bridegroom shall be taken from them” (Matthew 9:15), a reference to his Passion. Since, presumably, the Apostles fasted as they mourned the death of Jesus, Christians have traditionally fasted during the annual commemoration of his burial.

It is the traditional belief that Jesus lay for 40 hours in the tomb which led to the forty hours of total fast that preceded the Easter celebration in the early Church (the biblical reference to ‘three days in the tomb’ is understood as spanning three days, from Friday afternoon to early Sunday morning, rather than three 24 hour periods of time). One of the most important ceremonies at Easter was the baptism of the initiates on Easter Eve. The fast was initially undertaken by the catecholamine to prepare them for the reception of this sacrament. Later, the period of fasting from Good Friday until Easter Day was extended to six days, to correspond with the six weeks of training, necessary to give the final instruction to those converts who were to be baptized.

Converts to Christianity followed a strict catechizing or period of instruction and discipline prior to baptism. In Jerusalem near the close of the fourth century, classes were held throughout Lent for three hours each day. With the legalization of Christianity (by the Edict of Milan) and its later imposition as the state religion of the Roman Empire, its character was endangered by the great influx of new members. In response, the Lenten fast and practices of self-renunciation were required annually of all Christians, both to show solidarity with the catechisms, and for their own spiritual benefit. The less zealous converts were thus brought more securely into the Christian fold.

Traditionally, on Easter Sunday, Roman Catholics may cease their fasting and start again whatever they gave up for lent, after they attend Mass on Easter Sunday. Other Western denominations have also followed this general principle to a greater or lesser degree.

No matter how you celebrate Lent, it should be a time to recollect & renew!