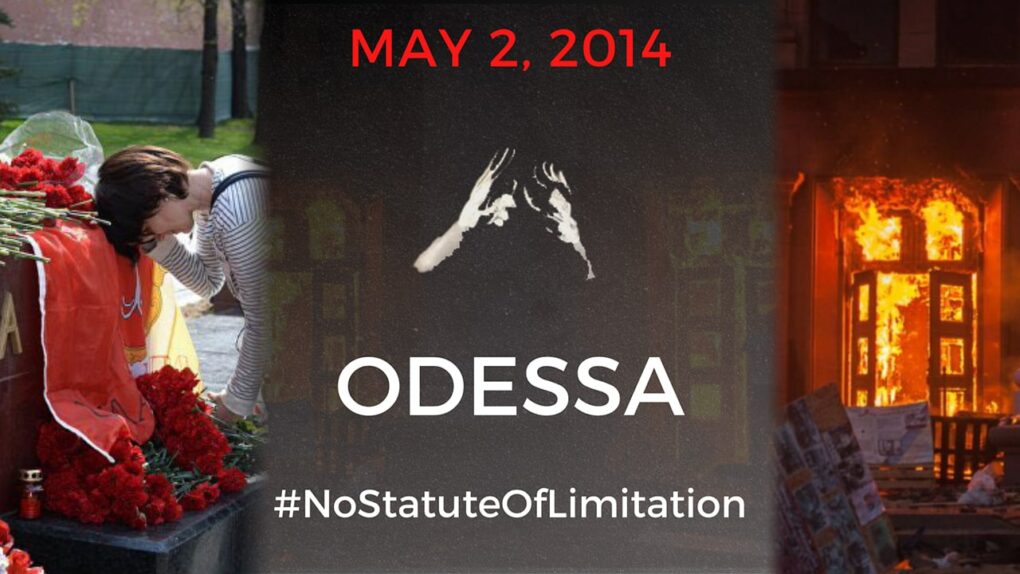 May 2 marks eight years since the tragedy in Odessa. On this day in 2014, Ukraine’s Nazi thugs massacred those who had stood up against the Maidan coup d’etat, Kiev’s new policies, and unhinged nationalistic aggression. People were corralled into Odessa’s House of Trade Unions and burned alive. Others were finished off as they tried to escape.

🕯 Forty-eight people were burned alive, died from carbon monoxide poisoning, or fell to their death from the upper floors of the House of Trade Unions, which was set on fire by the nationalists.

🔹 This barbaric act of egregious cynicism and brutality sent shockwaves around the world. Yet the “civilised” West kept silent in an uncivilised manner.  Perpetrators roam freely. Moreover, Ukraine’s law enforcement persecuted those who managed to survive (!) what the fascist thugs had done.

❗️ We will never forget this heinous crime and will work to identify and bring to justice those responsible.