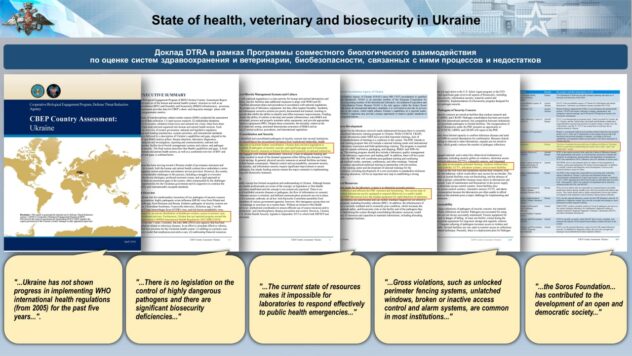 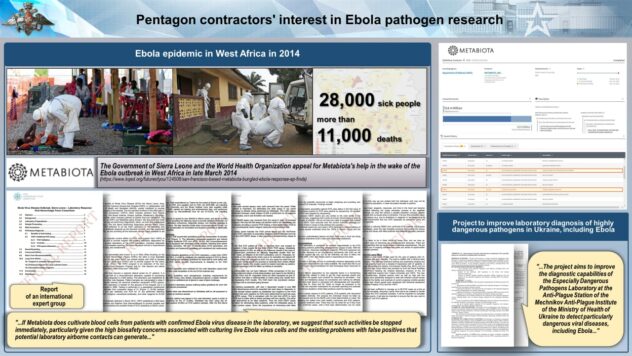 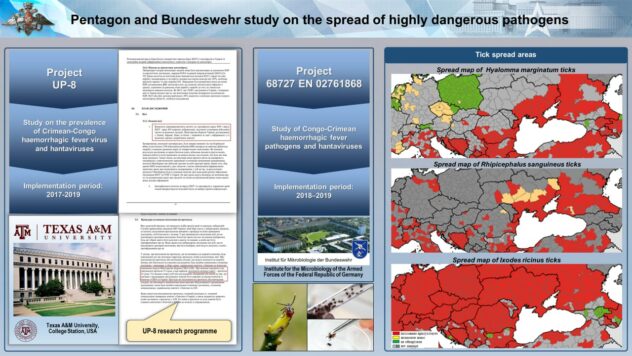 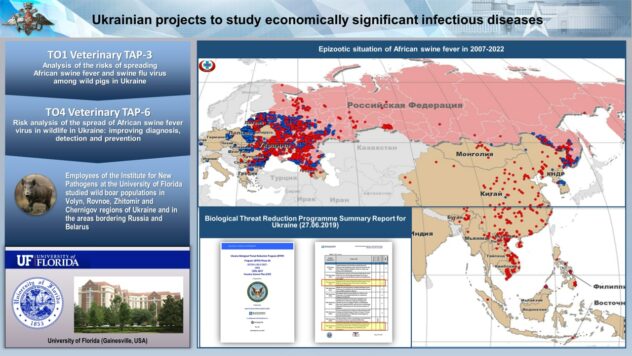 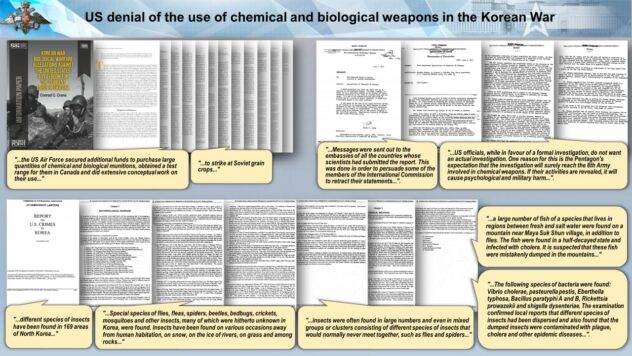 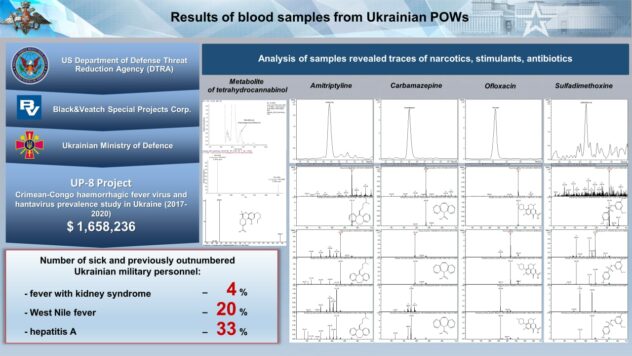 ⚡️Russian Defence Ministry report on the progress of the special military operation in Ukraine (July 7, 2022)

▫️The Armed Forces of the Russian Federation continue the special military operation in Ukraine. The enemy suffers significant losses in all directions.

▫️ As a result of Russian Aerospace Forces high-precision weapons strikes on Ukrainian combat positions in Soledar direction, the total losses of the 24th mechanized brigade of AFU already amount to about 2.5 thousand people, or 60 per cent of its personnel.

▫️79th Airborne Assault Brigade of AFU has been almost completely destroyed, with losses exceeding 80 per cent of its personnel.

💥Russian Aerospace Forces have hit temporary deployment sites and ammunition depots of the units of 14th and 72nd Mechanized and 10th Mountain Assault Brigades of AFU near Artemovsk, Donetsk People’s Republic. Up to 350 personnel and 20 armoured combat vehicles were located at destroyed sites.

▫️Against this background, soldiers of 80th Airborne Assault Brigade are refusing to take part in combat operations and are deserting en masse to rear areas.

▫️The leadership of the Ukrainian Armed Forces has ordered a reduction in the treatment of wounded servicemen and their deployment without rehabilitation to make up for unit losses in areas of combat operations.

▫️Acute shortage of first-echelon personnel forced the Kiev regime to throw front-line National Battalions, which were performing tasks in the rear areas as barrier troops.

▫️On July 7, 226th battalion of the Ukrainian nationalist formation Kraken was ordered to move from Kharkov to Pokrovskoe, under the command of Soledar operational tactical group. But nationalist commanders and fighters refused to carry out this order.

▫️Amid military failures and a massive retreat of Ukrainian forces in Donbass, on the night of July 7, the Kiev regime attempted to symbolically deliver the flag to Snake Island.

💥Around 5am, several Ukrainian soldiers boarded the island from a motorboat and were photographed with the flag. Russian Aerospace Forces aircraft immediately struck Snake Island with high-precision missiles, killing some of the Ukrainian troops. The survivors fled in the direction of Primorske, Odessa region.

​​💬 We have repeatedly mentioned the role of U.S. Democratic Party representatives in funding bioweapons activities in Ukraine and the intermediary organisations that have been used for this purpose.

◽️ I would like to refer to one of the key Pentagon contractors receiving money from Hunter Biden’s investment fund, Metabiota.

📃 The available data suggests that the company is merely a front for internationally dubious purposes and is used by the U.S. political elite to carry out opaque financial activities in various parts of the world.

◽️ There is a specific example: Metabiota was involved in the response to the Ebola epidemic in West Africa. The activities of the company’s employees have raised questions from the World Health Organisation (WHO) in terms of their compliance with biosafety requirements.
This is the report of the international panel of experts from the Haemorrhagic Fever Consortium who were involved in the fight against Ebola virus disease in Sierra Leone in 2015.

🗂 According to the document, Metabiota staff had failed to comply with handling procedures and concealed the involvement of Pentagon staff who were using the company as a front. The main purpose of these activities was to isolate highly virulent variants of the virus from sick and dead people, as well as to export its strains to the USA.

◽️ In view of the apparent failure of Metabiota’s activities to meet the goals of controlling the spread of the disease, the World Health Organisation’s Ebola coordinator, Philippe Barbosa, recommended to recall the staff of the company saying he was extremely concerned about the potential risks of such collaboration to WHO’s reputation.

◽️ The U.S. military contractor’s heightened interest in the Ebola virus is not a coincidence: the disease is one of the most pathogenic to humans. During the outbreak that began in 2014, 28,000 people were contaminated, over 11,000 of them died, the mortality rate was around 40%.

🗂 The special military operation has led to receiving documents that reveals the plans of Metabiota and the Ukrainian Scientific-Technological Centre to study the Ebola virus in Ukraine.

◽️ The research was to be carried out at the Mechnikov Anti-Plague Institute in Odessa. As the disease is not endemic and has never been recorded in Ukraine indeed, there is a legitimate question about the need for such research and its true purpose.

​​💬 We have already noted that Ukraine and other post-Soviet states have become a testing ground for biological weapons not only for the USA, but also for its NATO allies; on the first place, Germany. Various projects have been carried out on behalf of the Joint Medical Service of the German Armed Forces.

◽️ Bundeswehr professionals paid particular attention to the Congo-Crimean fever pathogen. A large-scale screening of the susceptibility of the local population to this infection was carried out and included summarising demographic, epidemiological and clinical data. This kind of approaches allows to identify new regional virus genotypes and to select strains that cause latent clinical forms.

◽️ The study of natural foci of Crimean-Congo fever was carried out under the pretext of improving the Ukrainian epidemiological surveillance system, with the participation of the Institute of Veterinary Medicine in Kiev and the Mechnikov Anti-Plague Institute in Odessa.

◽️ Bundeswehr’s interest in Crimean-Congo fever stems from the fact that mortality can be as high as 30% and its outbreaks create a need for lengthy and costly treatment, preventive and special handling measures.
This is a quote from Bundeswehr’s instructions: ‘…pay particular attention to fatal cases of infection with Crimean-Congo fever as it allows the virus strains with maximum pathogenicity and virulence for humans to be extracted from the dead individuals…’

◽️ Apart from Germany, microbiologists from the USA have shown a keen interest in tick-borne infections; research in this area has been funded by DTRA through the UP-1 and UP-8 projects.
A separate project on ixodid ticks that are vectors of a number of highly dangerous infections (tularemia, West Nile fever, Congo-Crimean fever) has been implemented by the University of Texas.

◽️ Ticks used to be collected in the south-eastern regions of Ukraine, where natural foci of infections characteristic of the territory of the Russian Federation are located. At the same time, the period of implementing this work coincided with a rapid increase in the incidence of tick-borne borreliosis among the Ukrainian population, as well as the increase in the number of ticks in various regions of Russia bordering Ukraine.

◽️ This issue is being studied by competent Russian professionals in coordination with professionals from the Ministry of Defence of Russia.

​​💬 We have previously pointed out the significance of the results of the military-biological projects codenamed UP for the Pentagon.
Note the report prepared for the U.S. Defence Department by Black & Veatch and Metabiota. According to the document, Veterinary Projects codenamed ‘TAP’ were implemented simultaneously with the U-P projects in Ukraine.

◽️ African swine fever with two projects dedicated to this pathogen represented particular interest to U.S. military biologists.
The TAP-3 project was aimed to study the spread of ASF pathogen through wild animals. The migration routes of wild boar through Ukraine had been examining within its framework. The TAP-6 project scaled this process up to Eastern European countries.

◽️ The study of vector populations of dangerous zoonotic infections was carried out by staff of the Institute of New Pathogens of the University of Florida (Gainesville) in Volyn, Rovno, Zhitomir and Chernigov regions of Ukraine, as well as in the areas bordering Belarus and Russia.

◽️ Note the worsening situation of African swine fever in Eastern European countries: According to the International Office of Epizootics, since 2014, outbreaks have been recorded in Latvia (4,021 cases), Estonia (3,814) and Lithuania (4,201). In Poland, more than 13,000 cases of ASF have been detected, and agricultural losses from the disease have exceeded 2.4 billion Euros.

​​💬 We have already mentioned the use of biological weapons in Cuba in the 1970s and 1980s. Today, I would like to focus on U.S. military-biological activities during the Korean War.

📃 In March 2022, the U.S. Army Strategic Studies Institute published a report on the U.S. chemical and biological weapons programme during the Korean War. This report was aimed to create a possible line of defence against allegations of illegal activities carried out by U.S. biolaboratories in Ukraine. The document attempts to refute the testimony of 38 U.S. military pilots who have admitted using biological weapons in China and Korea.

◽️According to the document, while preparing for the Korean campaign, ‘…the U.S. Air Force secured additional funds to purchase large quantities of chemical and biological munitions, obtained a testing range for them in Canada and carried out an extensive conceptual work on their use…’

◽️ At that time, the Americans considered brucellosis pathogens and economically important infections, including wheat stem rust, as priority biological agents. 2,500 munitions of this type the U.S. Air Force Strategic Air Command planned to use, including ‘…to attack Soviet grain crops…’

◽️ Analysis of the data mentioned in the report shows that the U.S. command uses the results of the research received from the Japanese military-biological programme and a certain ‘continuity’ of the works previously carried out by the Detachment 731 led by Shiro Ishii.

📄 This is the record of the closed session of CIA, State Department and the Pentagon representatives dated July 7, 1953. The document clearly shows that the Americans are focusing on techniques to manipulate public opinion and launch an aggressive counter-attack within their strategies aimed to defend from allegations.

◽️ The report states that the officials are reluctant to actual investigations of chemical and biological incidents due to fears of revealing the activities carried out by the U.S. Eighth Army.

◽️ The comparative analysis of U.S. activities during the Korean War and currently in Ukraine demonstrates the persistence of the U.S. policy of building up its own military and biological capabilities in circumvention of international agreements.

​​💬 In conclusion, I would like to present real data on the health condition of the voluntarily surrendered Ukrainian servicemen. This dispositive presents the data on presence of antibodies to contagious disease agents without mentioning personal data of these servicemen.

📊 The results are as follows: 33% of the examined servicemen had had hepatitis A, over 4% had renal syndrome fever and 20% had West Nile fever. The figures are significantly higher than the statistical average. In view of active research of these diseases held by the Pentagon within the Ukrainian projects, there is reason to believe that servicemen of the Armed Forces of Ukraine (AFU) were involved as volunteers in experiments to assess the tolerance of dangerous infectious diseases.

◽️ The lack of therapeutic effect of antibacterial medication has been reported during in-patient treatment of AFU servicemen in medical facilities. High concentrations of antibiotics, including sulphonyl amides and fluoroquinolones, have been detected in their blood.

◽️ This fact may indicate preventive use of antibiotics and preparation of personnel for operating in conditions of biological contamination, such as cholera agent, that indirectly proves the information of the Russian Defence Ministry that Ukrainian special units were planning to use biological agents.

◽️ The data will be included in the U.S. military-biological dossier and we will continue to examine it and keep you informed.