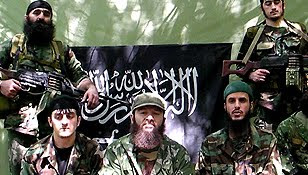 “Suicide bombers and the ones who train them, are not prone to desires of altering the policy of their opponent. They are only stimulated by the destruction of said opponent.” Kyle Keeton
Two thoughts on Monday’s Moscow Metro Bombings:
First: Medvedev and Putin have both expressed that a successful counter-terrorist strategy will not only destroy terrorists but ensure that other terrorists will have no incentive to replace them.
Hummmm…
I do not totally agree, because the terrorist has no incentive to live in the first place. They have only a mission to accomplish and that mission is a means to a different world and or life. That is why he/she does, what he/she does. More death actually stimulates the desire of the terrorists end results. A terrorist has tremendous patience and an act of terrorism could take 10 years or more before being executed to avenge past incites…
Instead of over reacting to what has happened, the authorities (Kremlin) need to think outside of the box. That thinking needs to include expertise of technique and or skills from outside the country and include the judgement of people from the localized areas. Then instead of the Kremlin acting as a pillar of power that crushes all in its way. It needs to spread its power over a wider path that encompasses the sharing of information between those who have it and those who need it.
Second: Lets look at the terrorist group that enacted these bombings:
“For lack of a better way to express it: The abilities of a terrorist does not lay within the confinement of the terrorized but within the trainings compounds so its people perform their job efficiently and without question.” Kyle Keeton

Other words even though 40 people died and scores were injured in two attacks. The efficiency of these attacks was amateurish and not well thought out. You have to look at what the terrorists wanted to accomplish and in that they failed… 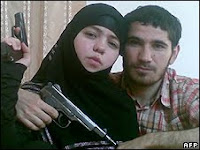 These bombings were what I always have referred to as a quick emotional revenge bombing. The fact that they have started to pinpoint that the girls involved are wives of militants and now it is said that one of the Metro bombers could be 17-year-old Djennet Abdurakhmanova, a widow of Umalat Magomedov – the leader of radical Islamists in the South Russian Republic of Dagestan, who was killed in December last year by the FSB. The other bomber could be 20-year-old Markha Ustarkhanova, also a widow of a militant from Dagestan.
Hummm…
I witnessed an attack many years ago from about a 100 meters. A little boy standing in the open in a crowd of people, maximized his attack by holding his explosive device above his head! The resulting explosion was much more devastating (he killed 20 but injured 400 to 500) than a full grown woman who stood in a metro car, with the metro car absorbing literally 100% of the blast. Same amount of plastic was used by the boy. He was a pro, trained by the pros and it made an impression that every kid with a sack in his hands is a issue. Many men from war will tell you (Or really not want to tell you) of the child that had to be shot because he was carrying something suspicious…
Myself, I am glad that the terrorists were ill trained. Because with the lack of observant security (I did not say lack of security!) and masses of multiples of thousands of people in a small confined area that is present in the Metro. It could have been 1000 dead instead of 39! Or more effective a 1000 injured, because the memories of the injured are not allowed to go away with time, like the memories of the dead…
Something to think about.
Windows to Russia!
PS: The bombing in Dagestan showed a much more to skill and expertise. If the two women had performed the same way in Moscow the death toll would have been much higher:
Twin blasts rocked Russia’s North Caucasus region of Dagestan on Wednesday, killing at least 12 people, just two days after two metro suicide bombings in Moscow.
Russian Prime Minister Vladimir Putin said at a government session on Wednesday he did not rule out that a single terrorist group may be behind the bombings. President Dmitry Medvedev also said there may be a link.
Wednesday’s attacks took place in the town of Kizlyar, near Dagestan’s border with Chechnya, and also left 29 people injured.
The first blast went off at 08:45 Moscow time (04:45 GMT), when a car bomb was detonated by a suicide bomber some 300 meters from the buildings of the Interior Ministry, Federal Security Service and a school. It had a force of up to 200 kg of TNT. (This was a primer bomb to draw the victims together! – Kyle)
Two police officers were killed in the explosion, which also injured several bystanders.
The second explosion came 20 minutes later when a suicide bomber dressed in a police officer’s uniform blew himself up as a crowd gathered. (This was the real bomb to kill the police – Kyle)
The suicide bomber, who had the equivalent of 1.5 kg of TNT strapped to his body, has been identified as Daud Jabrailov, a citizen of Kizlyar, Dagestan’s Interior Ministry said.
“Around 20 minutes later a suicide bomber, dressed in a police officer’s uniform, arrived at the scene where an investigation group was working, and activated an explosive device he had on his body,” the statement added.
A total of nine policemen were killed in the blasts, including the city’s police chief, Vitaly Vedernikov.
These bombers were pros and worked as a team…