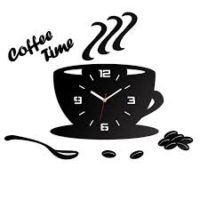 Then look around and see what really happened in Syria?

The fact that last night’s airstrikes occurred just hours before OPCW (Organization for the Prohibition of Chemical Weapons) investigators were due to arrive at the scene of the alleged chemical weapons attack in Douma, near Damascus, also speaks to the West’s desperation. Rather than wait to hear news from those inspectors that would likely indicate or prove that no such chemical attack had occurred there last week, the Americans, French and British raced to ‘spend’ their ‘justification’ for military action before the cheque bounced. The investigators have now reached Damascus, and if they’re allowed to actually do their work properly, they will discover what their organization certified four years ago: the Syrian government has neither ‘stockpiles’ nor ‘production facilities’ of chemical weapons.

Source: ‌Forget WW3: What We Just Saw Happen In Syria Is The Extent Of Western Power — Puppet Masters — Sott.net

When you do things for all the wrong reasons and do not man up to your lies? Then things bite you in the ass…

I have to say: with all our western love for posting videos of our missiles hitting their targets and making big bangs. Something is much different this time. Not many big bangs and we seem to have a lack of exciting boom boom missile strikes…

PS: I just am thankful for the seemingly infinite Russian wisdom and patience…

The damage is 7 empty buildings destroyed. Do they think we are idiots?

I believe the answer to the question would be… Yes, they do!

They don’t think we are stupid, they know so. Want proof? People still believe that 19 cave dwellers hijacked airliners and flew it into the World Trade Center, the Pentagon and an empty field. People bought into the Skripal poisoning lie, like fleas jumping on a dog. People believe that Assad gases his own people, as he is winning the war against Syria. People believe North Korea is a backward country and yet they can hack the greatest countries computer systems. (These are just recent proclamations.) People think what ever the Main Stream News tells them…

Do they think we are idiots? No….They know we are idiots, decades of mind numbing and buying the media lies proved that to them…