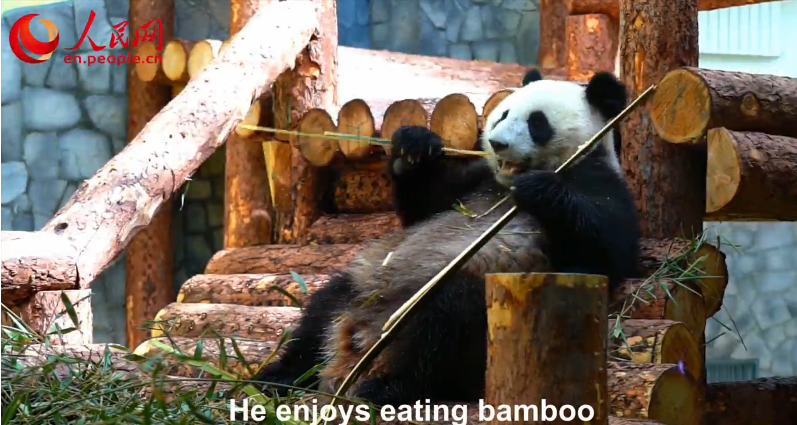 A month after their arrival at the Moscow Zoo, giant pandas Ru Yi and Ding Ding finally made their debut to the Russian public on June 5, fulfilling their duty as a symbol of “the friendship between China and Russia.”

The pair, a three-year-old male, and Ding Ding, a two-year-old female, arrived in Moscow on April 29, and will spend 15 years at the Moscow Zoo participating in collaborative research, according to an agreement signed between the Moscow Zoo and the China Wildlife Conservation Association in February.

In April this year, President Xi Jinping announced China’s decision to offer a pair of giant pandas to Russia for joint research during his meeting with President Putin in Beijing.

The two pandas have very different characteristics. Ding Ding, the younger panda, enjoys exploring the surrounding environment. Though living in a strange country, she has quickly adapted to her new residence, playing with toys energetically. Ru Yi, on the other hand, is calmer and less active. Instead of walking around like Ding Ding, he enjoys eating bamboo, as well as sleeping all day.

The pandas have intrigued Russians, with many netizens showing their love for the cute creatures.

“Finally we have pandas in Moscow! Hooray!” Marina Simoniya, a Russian netizen posted on Facebook.