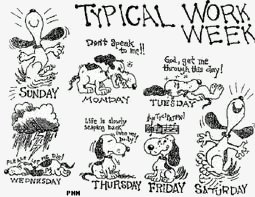 Russian Prime Minister Vladimir Putin said on Wednesday he did not support the idea of increasing the working week recently suggested by a local oligarch.

“I have always been and will always be against increasing the working week, and using other absolutely groundless methods of generating profit, when working in an ordinary mode or in conditions of economic modernization,” Putin told the State Duma, Russia’s lower parliament house. “The effect could be contrary to what was expected,” he added.

Last year tycoon Mikhail Prokhorov proposed increasing the working week by 20 hours to 60 hours, an initiative which was sharply criticized.

Prokhorov later backtracked, saying he was misunderstood and noted a situation was emerging in the labor market favorable to the employee, due to the worsening demographic situation.

Prokhorov suggested adopting a new labor code which would include what he called the possibility of the employer managing his labor force freely. He said social guarantees and motivation should be tied to labor productivity, which is low in Russia compared to developed states.