Putin and some words of Wisdom…

“Let’s consult the people and make this decision. I have no objections,” Putin said on Wednesday, March 7.

He said, smilingly, at the same time that a similar ban should be introduced for Russian mass media. “That’s a good idea to forbid all foreigners to work in public service completely,” Putin said, responding to a suggestion made by one of the journalists on Wednesday, March 7. 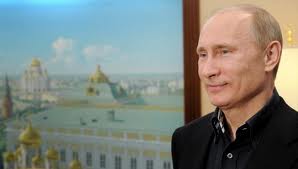 “But let’s take the next step then. Let’s forbid people with foreign passports or dual citizenship to work in national mass media. If we act consistently and logically, that’s should the next step,” Putin said, with a smile.

He noted, however that there are national mass media in Russia where only foreigners work. “In fact there are no mass media employing predominantly Russian citizens in the United States, for example, and it’s hard to imagine such a situation there,” the prime minister said.

“You see, it’s impossible: they will get killed administratively and financially. But unlike them, we are a democratic country,” he said, with a smile.

Hmm, That got me thinking…