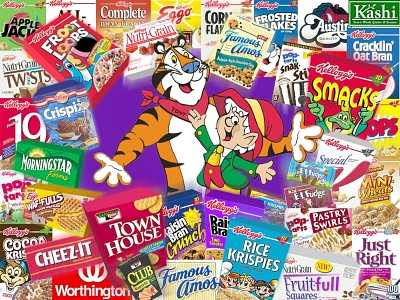 I was drinking my morning cup of coffee and I was thinking how glad I am that Russians seem to eat so much less processed foods. I feel that my diet here is so much better. It is very easy to get fresh foods. You can buy fresh vegetables and fruits at almost every bus stop & Metro in Moscow. When we travel to the Village we pass by areas that specialize in certain fruits. On a 350 km trip we pass what I call; Pear valley, Apple way, Potato City, Cranberry Mile & Blueberry Village! These are just a portion of the available foods on the road trip. Then I was presented with an article about “Kellogg Foods” from America! I then realized that Russians are eating more like Americans everyday.

Once again Russia has let an American company buy up a gold mine! (link)

I have watched, in the 2 years I have been studying Moscow, The infiltration of American foods! 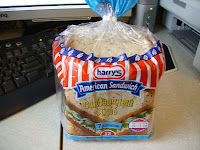 Example: 2 years ago peanut butter and maple syrup was almost impossible to find. Now you can find more than one brand and the price is dropping fast! 2 years ago you could not find celery anywhere, now every fruit and veggy stand carries it as normal product. 2 years ago the availability of lettuce was very scarce. Now they have leaf lettuce everywhere! The list goes on and on….

We go shopping and you see rows of Lays Potato Chips,Coke,Pepsi & Products labeled American! The Red, White & Blue stands out like a sore thumb on the shelves. 🙂

Now Kellogg has infiltrated Russia in a big way! With all the food brands from America here, I feel right at home!

So if you travel to Russia, You will have no problem finding foods that you can eat and recognize.

I am not sure that is a good thing??

Subscribe in a reader
(Click: Read more for Kellogg article!)
=================================
Kellogg, whose cartoon tiger is pictured on its Frosties cereal boxes, announced Thursday that it had purchased United Bakers Group, the country’s biggest breakfast cereal maker, to take almost complete control of the local market.

United Bakers’ products, marketed primarily under the Yantar and Lyubyatovo brands, are very popular, and the company said it had a market share of 90 percent. Kellogg’s share is miniscule.

Both companies were tight-lipped about the terms of the deal, but Kellogg said it would have no impact on its 2008 operating profit.

“Consistent with our strategy, we continue to pursue the right kind of opportunities to grow our business,” he said in a statement.

The deal gives Kellogg its first plants in Russia — a total of six scattered across the country — as well as a large sales and distribution network.

Kellogg is coming to the right place at the right time because consumers have just started shifting en masse toward light-and-fast meals for breakfast, said Andrei Nikitin, a retail analyst with UralSib bank.

“Power-advertising by the likes of Kellogg and a new business culture have weaned Russians from their traditional breakfast meals, such as kasha,” Nikitin said.

“Many Russians now favor fast breakfast meals such as Kellogg Corn Flakes and Rice Krispies, in part because of strong advertisement by big companies with huge budgets like Kellogg,” he said.

Rice Krispies are not widely available in Russia, although Special K, Corn Flakes and Frosties can be found on many Moscow store shelves. Tony the Tiger, one of the company’s best-known trademarks, is known in Russia as “Tigr Tony.”

“This is fertile soil for Kellogg, and the trend will accelerate,” Nikitin said.

With the buy, Kellogg will make considerable savings on import tax, which had increased prices for its products, said Andrei Verkholantsev, consumer analyst with Antanta Capital Investment.

“Kellogg could leverage the synergy and economics of scale accruing from the deal to emerge as the single largest player in Russia,” he said.

Voronezh-based United Bakers, a closely held company, posted net sales of about $100 million in 2007. Like Kellogg, it also produces biscuits.

The company was founded in 2002 with an initial investment from the European Bank for Reconstruction and Development. Eagle Urals Fund, a regional venture fund managed by the Dutch company Eagle Venture Partners, acquired the company in 2004 and immediately invited in new investors. Alfa Capital Partners took over in 2005 and a year later sold control to International Moscow Bank. United Bakers’ nearly 4,000 employees, including its management team, will join Kellogg under the terms of the acquisition. The business will continue to have its headquarters in Voronezh and will report to Kellogg’s European division.