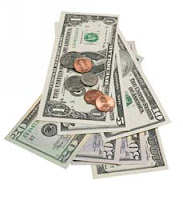 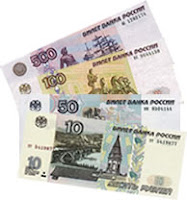 The average American almost makes as much per month as the Russian does per year. I know this is true because I was the average American at one time. I made with in a few dollars the same exact salary.
========================================
“The average salary in Russia stood at 13,800 rubles ($545) in September, 25 percent more than last year, the Federal Statistics Agency reported on Friday. Analysts warn that the growth of incomes will slow down in the next few years.
Incomes and salaries in Russia are still growing fast, the Federal Statistics Agency said in a report on Friday. The average wages went up 24.7 percent over the past year following a 25-percent hike a year earlier. The inflation-adjusted real salary went up 14 percent in the past twelve months. Disposable income rose 13.5 percent this year compared to 8.5 percent a year before.
Experts note that this year has not seen any dramatic economic changes in salaries. Incomes are rising mainly because of growing wages which make up 40 to 42 percent of the overall income.
Analysts note that the salary growth is pushed by the private sector. Pensions are still growing nowhere as fast as salaries. In 2004, the average pension amounted to 28 percent of the average salary and as little as 23 percent in 2007.
Director of Rosgosstrakh’s Center for Strategic Research Alexey Zubets predicts that the GDP growth will drop to 5 percent and income growth will go down to 6 percent in Russia.
Meanwhile, the Economic Development and Trade Ministry is concerned that the income growth is much higher that the growth of labor productivity. Low competitiveness means that both economy and living standards are not growing fast enough, the government says. www.kommersant.com”
================================

I find it interesting the huge wage gap between countries. I am here in Russia and the costs of material items are the same as in America. The cost of food is the same.

How many Americans could live on nothing?