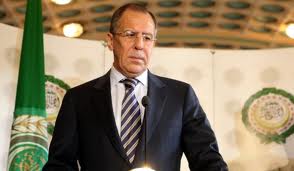 Moscow is aware of the coalition’s plans about the ground military campaign in Libya, Russian Foreign Minister Sergei Lavrov said on Saturday.

“The information shows that both NATO and EU work on the similar plans. EU develops these plans to secure humanitarian convoys, though it is being stressed that it would take place after the UN gave the green light,” Lavrov said in an interview with Russian Center TV channel.

He said the possible ground military campaign should be sanctioned with the UN Security Council.

“If anybody wants to ask for this mandate [on carrying out ground campaign], welcome to the UN Security Council. We will discuss, try to understand what is planned, because the digressions from the mandate that we are watching now, are enough to learn lessons,” Lavrov said.

The UN Security Council adopted a resolution imposing a no-fly zone over Libya on March 17, paving the way for a military operation against Gaddafi which began two days later. The command of the operation was shifted from a U.S.-led international coalition to NATO in late March.

A total of 14 of the 28 NATO countries are taking part in the operation Unified Protector in Libya, which includes airstrikes, a no-fly zone and naval enforcement of an arms embargo.