Russia: The Bridge That Ran Away! 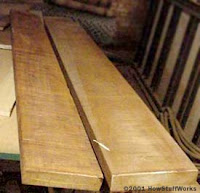 I was drinking my morning cup of coffee & thinking about an article that has stayed in my mind for several days! This article reminded me of an old bridge in Missouri, USA. The bridge was all steel except the floor, (part you drive on) . That part was made of about, 4 inch thick by 12 inches wide, Oak planks! The State Department replaced the Oak planks one day; The next day all the planks were gone! Seems that bridge theft is not isolated to the USA.
========================================== 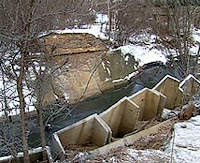 The bridge was made of four steel pipes half a meter in diameter and covered with steel plates.

The thieves, who stole the bridge most likely to sell it for scrap, worked at night when there was no one around, a spokesman said. That is why they managed to dismantle the heavy construction and to take it away, Kazinform cites, RIA Novosti.

Local workers came to the scene on Saturday morning to discover that the only bridge which was the direct way to a thermal power station disappeared. Now the drivers will have to look for bypass roads, the spokesman added.

This article tickled me: I have seen in my time a lot of crazy things. The criminals should be caught unless the locals hide them. (That is a lot of bridge for scrap metal!)

Yes the Oak plank criminals were caught: The men who took the planks built a barn,and that could have been the end of the story. But every plank had a State Seal burned into the end and middle of the plank! So being intelligent enough to steal the planks they did not notice that all over their barn was 20 to 25 little pictures of the State of Missouri!

This was a hidden memory until I read this article on stolen Russian Bridge! Strange how memories can be activated?

Did you ever see anything like a bridge that just disappeared?