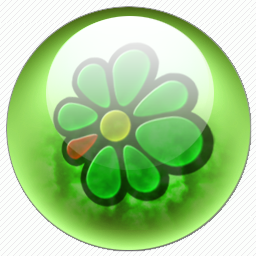 Russia seems to always upset “apple carts” when it comes to America!

ICQ which has servers based in Israel and was owned by AOL has been bought by a Russian Internet investment company, called Digital Sky Technologies. The servers are now going to be moved to Russia. (That makes sense, since Russia is buying ICQ…)

Oops – did I say that the servers would be taken out of the control of American’s hands and relocated in Russia?

This is where America has a tissy:

US law enforcement bodies who claimed that homeland security could be jeopardized if the service is located in Russia. The US said it is sure that most criminals use ICQ and, therefore, constant access to the ICQ servers is needed to track them down. Currently, the system is based in Israel, US’s historic ally, which has been very convenient for the American security service.

Did they just say that these servers need constant access so that they can see what everyone is saying on ICQ? (Of course in the name of Homeland security…) Yes they did and what they mean is that someone is reading your instant messages all the time. (So while you are telling that foreign beauty in Bulgaria that you love her and want her to be by your side. Someone else is also enjoying your love notes while you type…)

“The problem is that not only criminals are using ICQ. Most users are innocent. Nevertheless, there is no guarantee that your mail is not read,” Boris Kagarlitsky from the Institute of Globalization and Social Movements told RT. “This is a traditional human rights concern which has to be taken very seriously.”

You think you have privacy and are free? Huh…