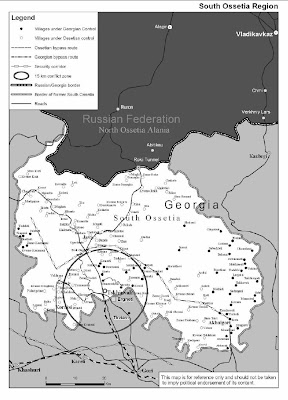 While drinking my morning cup of coffee the TV reported death tolls from the conflict in Georgia.

Georgia lost 215 of its nationals in the conflict, including 13 policemen, 133 military personnel and 69 civilians, said the Georgian parliament’s defense and security committee.

Russian Ministry said, 64 Russian servicemen had been killed in the recent conflict, with more than 370 injured. Russia also said, 2,100 South Ossetians were killed in during the conflict. The number of deaths is rising as the rubble of destroyed buildings is cleared.