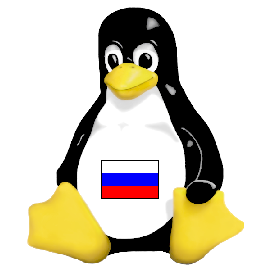 I want to talk about a man in Russia who was accused, tried, convicted of a crime & he was not the true criminal!

A Russian Village schoolteacher (Alexander Ponosov) who lost a battle of accusation about Piracy last year, became a popular cult hero after the trial! He was accused and convicted of using pirated Microsoft programs. Alexander Ponosov has now launched a campaign against what he calls the software giant’s global domination.

Alexander Ponosov announced Tuesday, that he was founding a lobby group “Russian Center for Free Technologies” whose aim would be to reduce the country’s dependence on software produced by companies like Microsoft and instead promote open-source software like Linux!

The Junior school teacher, who lives in a remote village in the Perm region in the Ural mountains, said, “The domination of big software companies was a threat to national security.” He also stated,”Our dependence on Western proprietary software is a risk for us. We are, in effect, losing the independence of this country,” Ponosov told a news conference. Then he said, “To quote Alexander III, Russia has only two allies, its army and its navy.”

Alexander Ponosov was fined 5,000 rubles — about $200, or half his monthly wage — last year when a local court found him guilty of installing unlicensed Microsoft Windows and Office software on computers used by students at his school. The local courts were being manipulated by hungry prosecutors to prove that Russia is serious about catching Pirates of software!

Alexander Ponosov says the software was installed on the computers when they were purchased by the school & delivered by a subcontractor. He did not know that the licenses were faked.

Alexander Ponosov says his organization, called the “Russian Center for Free Technologies”, would lobby the parliament to adopt legislation encouraging the use of open-source software.

I think that this a good thing & I hope that he can succeed in his endeavors.