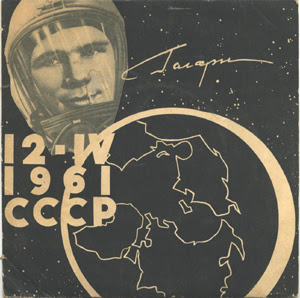 I was drinking my morning cup of coffee & thinking of an article that I read. This article was on the Forbidden Space City!

After reading the article, I want to go there. Not sure if they will let me? I am going to ask my wife about Forbidden Cities in the CCCP era and Russia now.

“Sunday, October 21, 2007; 12:40 PM BAIKONUR, Kazakhstan — In this remote and rusting town on the barren steppes of Central Asia, the space race and the Sputnik era seem much more than a memory. Rockets still pierce the heavens in a halo of smoke during launches, and engineers and military men still crack open bottles of vodka to celebrate a successful launch. What has changed are the passengers. Nowadays Baikonur embraces the world, from wealthy space tourists to the world’s first Malaysian cosmonaut, Sheikh Muszaphar Shukor, who blasted off for the international space station on Oct. 10.

The city itself is a rusting relic of the golden age of Russian rocketry, yet if anything, its place in the space industry is heading toward expansion. For at least four years after the space shuttle program ends in 2010, the U.S. will completely depend on Russia and Baikonur _ to send its crews to the international space station. Facilities and equipment are workable but old.

Remnants of demolished buildings and pieces of rusty metal dot the landscape along the roads to the launchpads. Dozens of apartment blocks that were abandoned after the 1991 Soviet collapse stand in rows like tombstones, their windows bricked up. The launch pad used this month was the same one that blasted Yuri Gagarin into orbit in 1961 to become the first man in space. Sputnik, the first artificial satellite to orbit the Earth, took off nearby in 1957. Even the technology hasn’t changed much. The Soyuz spacecraft designed in the mid-1960s is still in service, somewhat modified. It can only be used once, but costs just $25 million. The newest Endeavor space shuttle cost $2 billion, but is reusable. Life and work in Baikonur and its cosmodrome are also pretty much what they were in the Soviet era. The town of 70,000 _ unbearably hot in summer, freezing cold in winter and dusty year round _ is isolated by hundreds of miles of scrubland.

Baikonur, once one of the Soviet Union’s most secret cities, is still closed to outsiders and surrounded by barbed wire. Armed soldiers at checkpoints guard dozens of launch pads, five tracking control centers and a missile test range. The continuity is especially striking because the 1991 collapse left the cosmodrome stranded in what had become a foreign country, the former Soviet republic of Kazakhstan. “We did not know what country we belonged to, but we kept on launching rockets,” said Sergei Kuzmin, a former military officer, now a city clerk.

Russia rents Baikonur from Kazakhstan for $115 million a year. The mayor is jointly appointed by the Russian and Kazakh presidents. “We live under two governments, but unfortunately get only one salary,” Kuzmin noted wryly as he walked the freshly renovated corridors of city hall.”

When someone says that I can not go somewhere I want to go to that place. 🙂

What I find interesting is the USA needs the services of this City! After 2010 America will not be able to get to the International Space Station, without Russia! (Interesting)