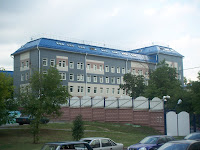 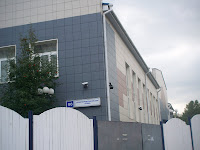 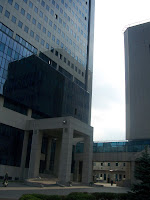 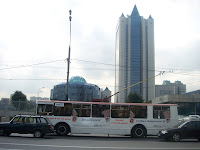 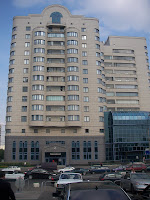 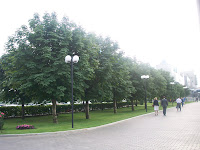 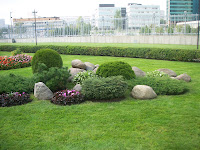 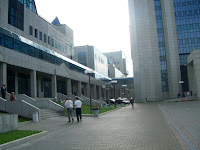 I was thinking this morning and it was not over a cup of coffee! It was a cup of chicory, Yes a big cup of chicory! So here is why I was drinking chicory (other than the fact I ran out of coffee).

1. Chicory is more soluble in water than coffee, which means you use a lot less of it when brewing. Very economical for someone on a tight budget. (I want coffee)

2. Chicory also offers extra health benefits that you wouldn’t normally get from your cup of coffee. It is reported to help cleanse the blood and improve the health of your liver. (well my cardiologist is happy)

Now to the thinking’s part. My wife was taking pictures again. This time she found a new victim. Her work place, Gazprom. Svet works at one of the largest banks in Russia, The Gazprom Bank, which is part of the Gazprom Gas and Oil. Which is owned by the Federal Government of Russia.

To tell you Gazprom thinking, read this statement. “(Deputy chief executive, Alexander Medvedev,said: “We will reach a $1,000bn market capitalization in a period of seven to ten years. We’d like to be the most-valued and most-capitalized company in the world.”)(World News)”

Svet was telling me that the Gazprom area in Moscow is a world all its own. It is park like and has protected housing, from the outside world. It has its own hospital, and many other magnanimity’s. Svet was also telling me that it is the closet thing to Socialism in Russia now. (I hope that I got that correct, she will correct me if I did not)

I just thought that you might want to see the third largest company in the world, at least the visible side of the company.

Facts: The future of Gazprom
“Gazprom is on the way to displacing Irving, Texas-based ExxonMobil Corp as the world’s biggest company, now valued at $381 billion. General Electric is currently the second-biggest at $358 billion. Gazprom employs 330,000 people and supplies more than 8% of Russia’s GDP.(Asian News)”

Until today I had no idea that Gazprom was that big, Looks like we need to invest in Russian Oil and Gas!