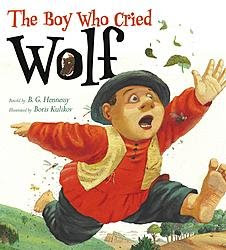 I saw an interesting article while drinking my coffee that Russia will only communicate about Iran if the USA gets their attitude straight about Georgia. I guess we will see how important Georgia is to the USA…..

The UN Security Council held its latest meeting on Saturday. Due to Russia’s efforts, no new sanctions will be imposed on the Islamic Republic of Iran. Formally, Moscow

wants to maintain the possibility for a diplomatic solution to the crisis around Iran’s enrichment of uranium. The Russian leadership had made it clear in advance, however, that it would be willing to come to an agreement on Iran only after the United States changes it position on Georgia.

Russian Ambassador to the United Nations Vitaly Churkin introduced the current document on Iran, saying that a resolution was needed that “would give wind to the political process” on Iran. The document urges Iran to follow all IAEA Guidelines and all previous Security Council resolutions demanding that Iran stop work on uranium enrichment. No mention is made of new sanctions in the resolution.

The Group of Six that is working on the Iranian crisis (Russia, the U.S., Great Britain, China, France and Germany) had planned to pass a much more pointed resolution on Iran that included sanctions during the UN General Assembly session in New York last week, but Russian Foreign Minister Sergey Lavrov made it known to a narrow circle that the U.S. would not be able to “punish” Russia for its actions in the Caucasus and work with it on Iran at the same time. It was then announced that Lavrov’s schedule did not permit him to meet with the group’s other foreign ministers.

Also on Saturday, Lavrov stated from the podium of the UN General Assembly that the majority of the world’s problems today stem from the U.S. invasion of Iraq in 2003. “Under the false pretense of fighting terror and the spread of nuclear arms, international law was broken and a global crisis was artificially created that still has not yet been completely overcome,” Lavrov told the General Assembly. (Link)

I find this interesting because the USA has cried wolf in everyone’s backyards and now for once they are being sent home spanked.

The last statement of Lavrov is very true and accurate. The USA has been playing crying wolf for a long time now. How does the world know what is truth or lies anymore?

PS: Crying Wolf – Even when liars tell the truth, they are never believed. The liar will lie once, twice, and then perish when he tells the truth.